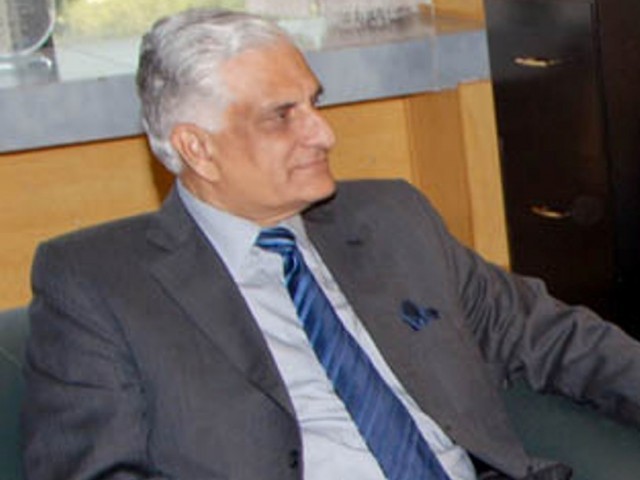 ISLAMABAD: Minister for Law Zahid Hamid on Tuesday told the National Assembly that the section regarding avowal of Khatm-e-Nabuwwat – the finality of the prophethood of Hazrat Muhammad (pbuh) – has not been changed in the oath-taking form under the newly adopted Election Bill 2017.

“The government cannot even think of deleting this provision. The oath taking form for the candidate has been made simple but the provision regarding Khatm-e-Nabuwwat has not been changed at all,” Hamid said while speaking on the floor of the house.

On Monday, Jamaat-e-Islami’s Sahibzada Tariqullah pointed out that in ‘declarations by the candidate’, the candidate had earlier to pronounce that he/she must declare ‘on oath’ that he/she believed in Khatm-e-Nabuwwat. However, the word ‘on oath’ had now been omitted from the new text, he said.

“There is a huge difference between ‘just declaring’ and ‘declaring on oath’ that one believes in Khatm-e-Nabuwwat,” he had said, adding that: “This should be rectified whether it was a clerical mistake or an intentional change.”

On Tuesday the lawmakers on treasury benches vowed to rectify this error at the earliest. The deputy speaker, who was chairing the sitting, said all people were on the same page on the issue.

Defending the Election Bill 2017 which immediately became a law after President Mamnoon Hussain signed it on Monday, Hamid said the law was not passed in isolation. He also rejected the impression that the bill had been passed to benefit a specific person, ie, the deposed premier Nawaz Sharif.

Giving background of the provision, he said it was part of Political Parties Act that a disqualified person cannot be office bearer of a political party. He said this provision was repealed by ZA Bhutto in 1975 but General Musharraf introduced it again in 2000 to victimise Nawaz Sharif and Benazir Bhutto.

He said the suggestion to repeal the provision again had actually come from the opposition. “Minutes of election reforms committee meeting on November 17, 2014 may be checked. In 2014 there was no Panama Papers scandal so there was no question that it is person-specific [change],” he added.

MNA Jamsheed Dasti pointed out that he and Sheikh Rashid were attacked on Monday when they were going out of parliament. Murad Saeed of the PTI commented on recent statements of Foreign Minister Khawaja Asif and said the foreign minister actually toed the line of Donald Trump and India.

Saman Sultana Jafri talked about the list of 37 parliamentarians widely circulated on social media. She said it was claimed that the Intelligence Bureau was investigating into the alleged links of these lawmakers with banned outfits. “Government should tell us whether this list is authentic or not.”

Another bill ‘The Right to Free and Compulsory Education (Amendment) Bill 2017, moved by Fouzia Hameed of MQM-P, was also introduced in the House.

The PML-N’sTariq Christopher Qaiser introduced his private bill, ‘Amendment in Article 51 and 59 of the Constitution of Islamic Republic of Pakistan’. This amendment aims to increase the seats of minorities in the National Assembly and the Senate.  All these bills have been sent to relevant standing committees.

Minister for Parliamentary Affairs Shaikh Aftab Ahmed informed the National Assembly that directions are being sent to the Pakistan Telecommunication Authority to restore internet service in some areas of Balochistan.

He was responding to a calling attention notice moved by Naseema Hafeez Panezai and others regarding closure of internet services in districts Killa Abdullah, Pishin, Kech, Panjgur, Dalbandin and Kharan due to security concerns.