Petiti­oner asks court to declar­e the law null and void in the "intere­st of justic­e"
By Hasnat Malik
Published: October 3, 2017
Tweet Email 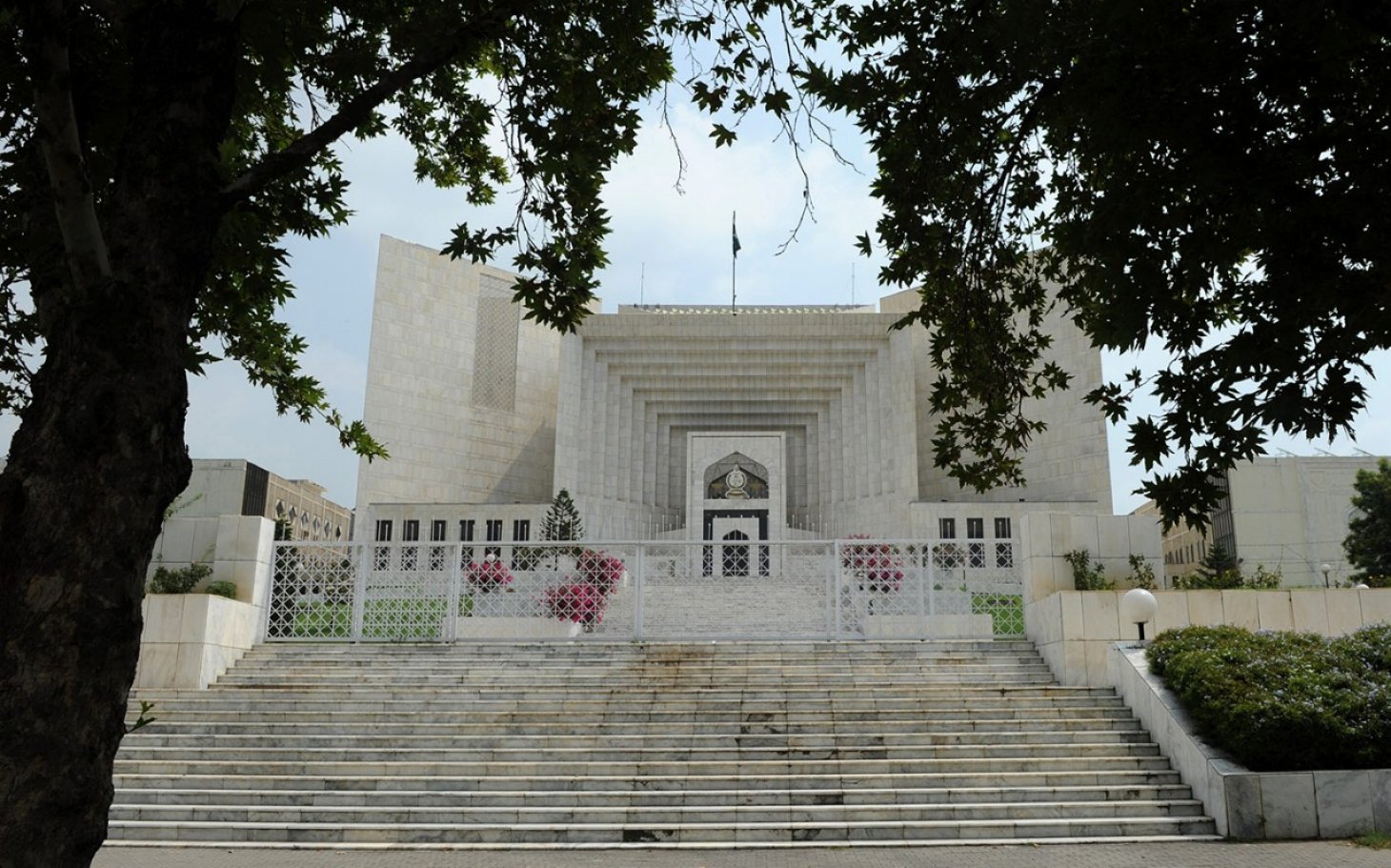 ISLAMABAD: A lawyer filed a petition in the Supreme Court on Tuesday challenging the Election Act 2017, a law passed a day earlier that has paved the way for deposed PM Nawaz Sharif to become the head of the Pakistan Muslim League-Nawaz (PML-N).

The petitioner, Advocate Zulfiqar Bhutta, has prayed the court that the law be declared null and void in the “interest of justice”.
In the petition, he contended, “The bill is against the basic structure of the Constitution of Pakistan and provides strong back up to those against whom sufficient prosecutable evidence brought on record or may be brought on record in future by the law enforcement agencies of Pakistan or any other department working under the law.”

He further submitted that “If we go through the Election Bill, 2017, which allow[s] any person who is disqualified [for not being] Sadiq and Ameen by any court or otherwise declared his existence as member of the National Assembly is not in the interest of the country” continuing to “control the basis business of the National Assembly, could be dangerous to the country”. 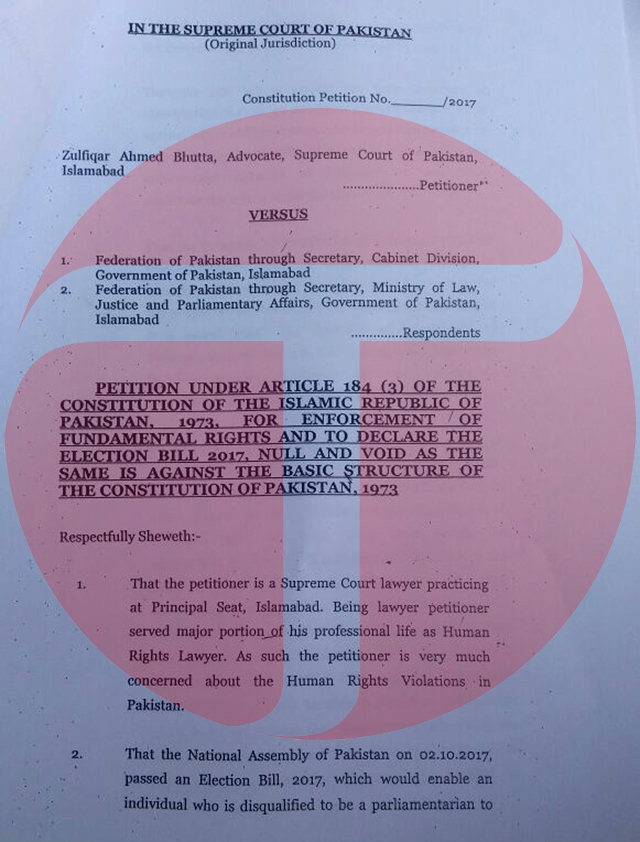 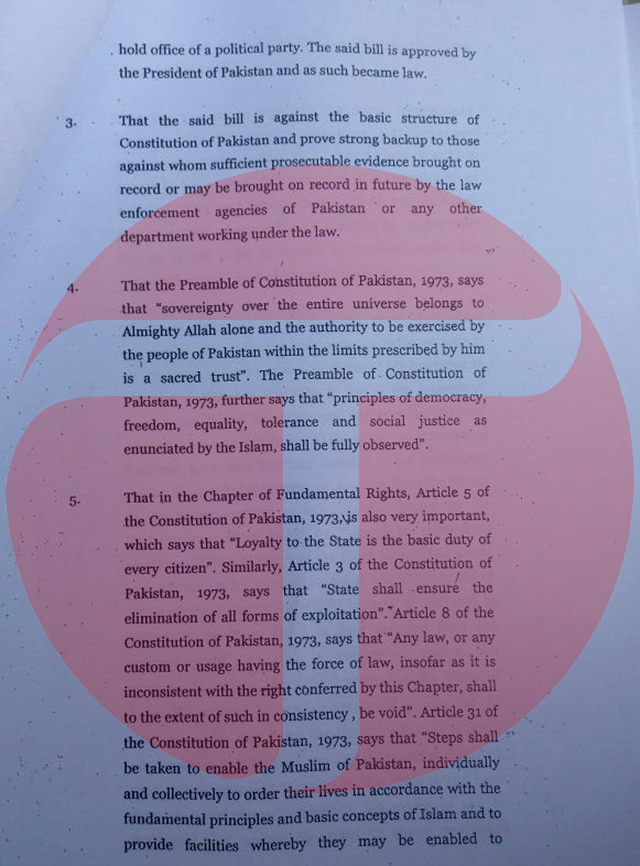 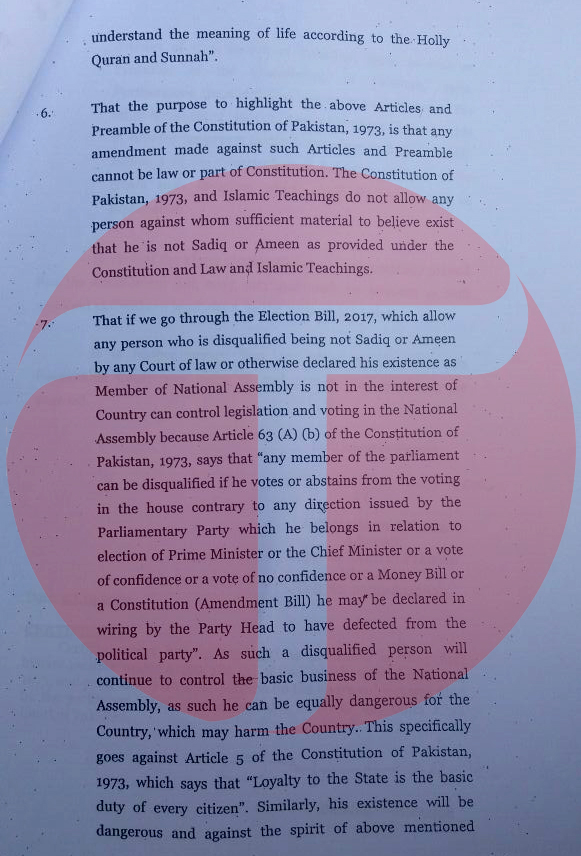 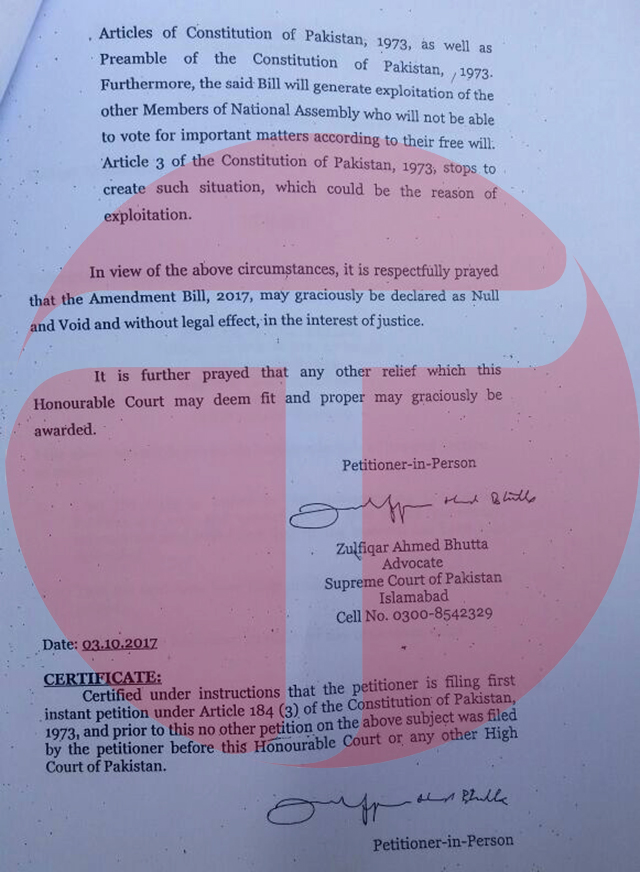 Deposed prime minister Nawaz Sharif was re-elected president of the ruling PML-N earlier in the day.

Nawaz was elected as the party leader unopposed as no one filed nomination papers for the candidacy against him in the intra-party elections.

The development came a day after President Mamnoon Hussain signed a controversial election bill, allowing a disqualified premier to be elected as party chief.

The Election Bill, 2017, commonly known as electoral reforms bill was approved by the Senate and subsequently signed into law by the president late Monday night.

A controversial clause in the bill allows disqualified politicians to hold a public office or to lead a political party. Section 203 of the Electoral Reforms Bill 2017 allows every citizen, except for government servants, to form a political party or become its office-bearer.

The bill augments eight sets of laws governing the electoral process in Pakistan including the Political Parties Order (PPO) 2002. According to the PPO, Nawaz had to step down as PML-N chief after his disqualification by the Supreme Court in the Panamagate case.