Market watch: KSE-100 gets a hammering as political turbulence intensifies

Market watch: KSE-100 gets a hammering as political turbulence intensifies 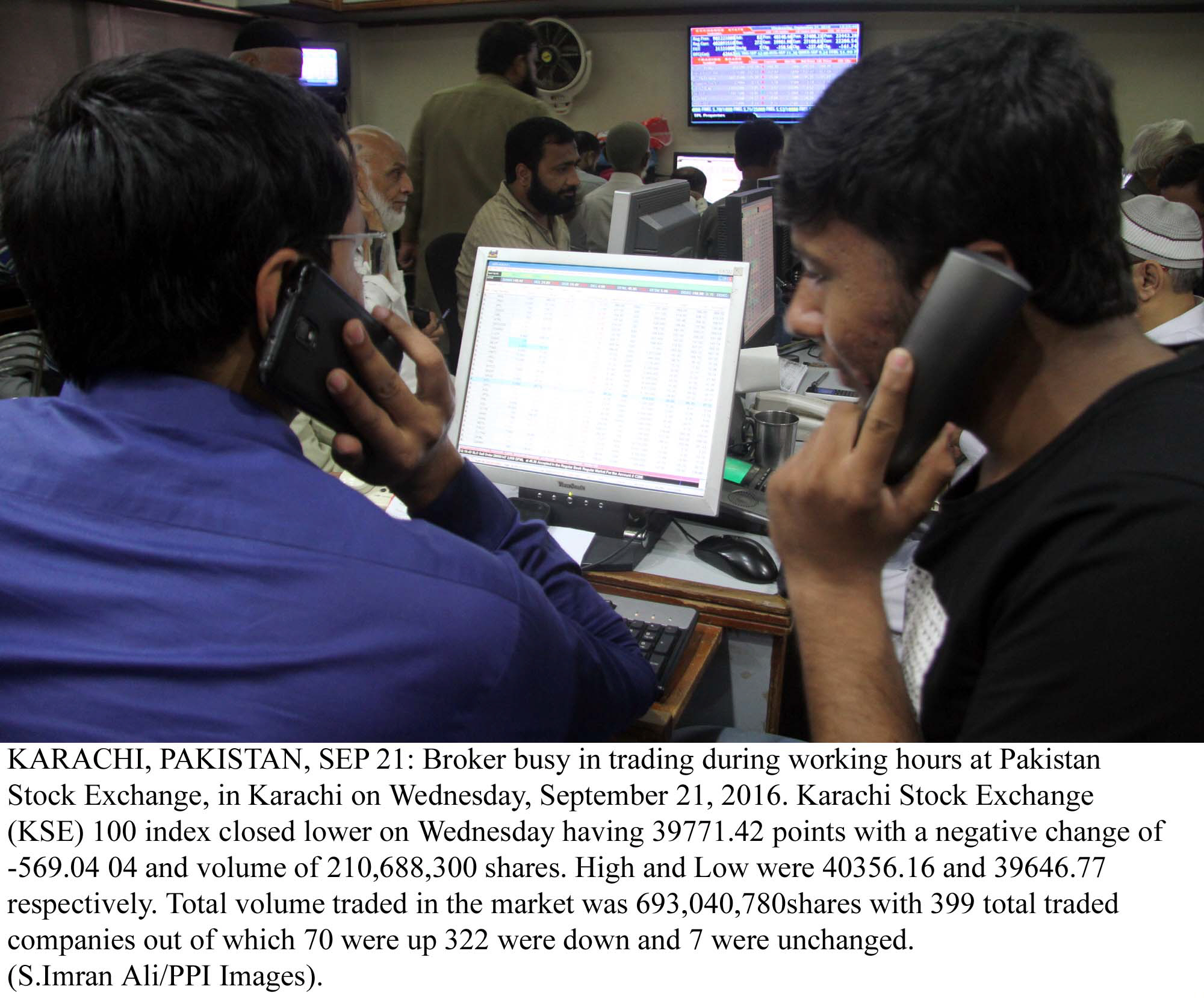 KARACHI: The KSE-100 Index tanked 903.12 points or 2.15% on Tuesday, as increasing political turbulence after Nawaz Sharif’s re-election as PML-N’s chief and law-enforcement personnel’s refusal to let ministers accompany him to the accountability court further unsettled investors.

Already worried over the country’s economic position, especially with regards to external trade and deficit positions, investors opted to offload shares from the word go, resulting in the benchmark-100 index touching a low of 41,025.2 points.

Apprehensions of a price war in the cement sector and poor off-take in the fertiliser sector for last month acted as the major draggers as well.

According to Elixir Securities, Pakistan equities closed lower after undergoing fresh hammering due to institutional selling that dragged the KSE-100 Index down to almost 41,000 points.

“Market lost ground early on amid turbulence on political front as heavyweight sectors dragged the index on thin activity,” the report said.

“Cements led declines as the news of cut in cement prices by DG Khan Cement (-5%) in the range of Rs5-10/bag impacted the whole sector negatively with investors spooked on concerns of a possible price war among players. Thirteen out of 19 cement companies closed limit down as a result of this phenomenon.

“We expect stocks to remain under pressure and trade volatile in the coming days with investors sitting tight and flows and politics guiding market direction,” the report added.

JS Global analyst Maaz Mulla the KSE-100 plummeted in today’s trading session closing 903 points below yesterday’s close at 41,116 level (-2.15%) as concerns over political scenario continued to keep investors’ confidence on the weaker side. 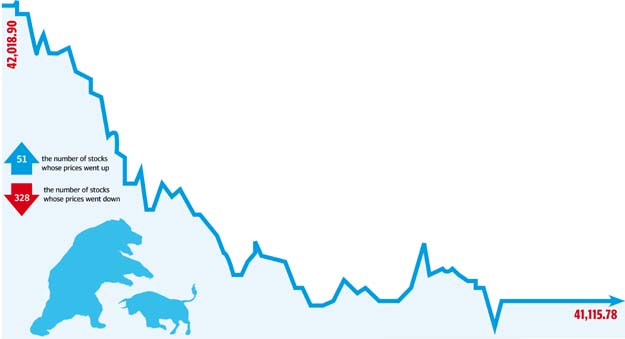 “Moving forward, we expect similar bearish trend to continue unless we see any clarity over political scenario or positive triggers on the economic front. We recommend investors to remain cautious and sell on strength,” Mulla added.

Shares of 392 companies were traded. At the end of the day, 51 stocks closed higher, 328 declined while 13 remained unchanged. The value of shares traded during the day was Rs6.7 billion.

Foreign institutional investors were net buyers of Rs128 million during the trading session, according to data compiled by the National Clearing Company of Pakistan Limit.