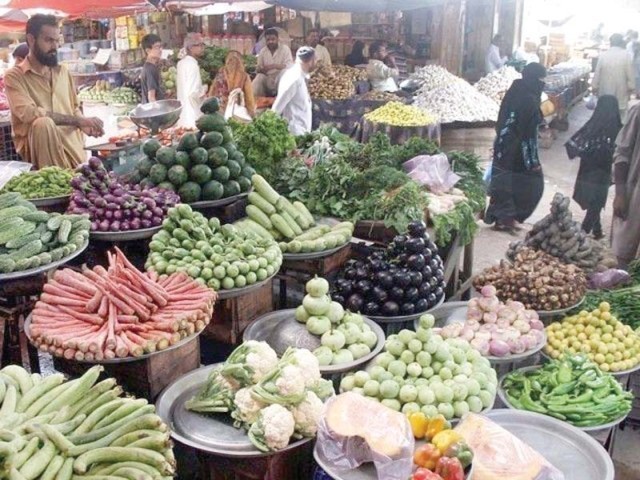 Due to wrong policies of the government, farmers are more inclined towards growing wheat and sugarcane due to a guaranteed minimum support price. This has affected the cultivation of other crops, creating occasional supply constraints. PHOTO: FILE

ISLAMABAD: Inflation increased to 3.9% last month due to sudden price shocks, contrary to expectations of the State Bank of Pakistan (SBP) that had anticipated no major disruption in food supply chain.

Measured by the Consumer Price Index (CPI), the inflation indicator surged to 3.9% in September as against 3.4% a month earlier, the Pakistan Bureau of Statistics (PBS) said on Monday. On a month-on-month basis, inflation rate was 0.6% up in September.

The spike came due to a massive increase in prices of essential commodities that were short in supply in the domestic market. The rates of essential kitchen items such as onions and tomatoes went up by as much as 153.4% on an annual basis. 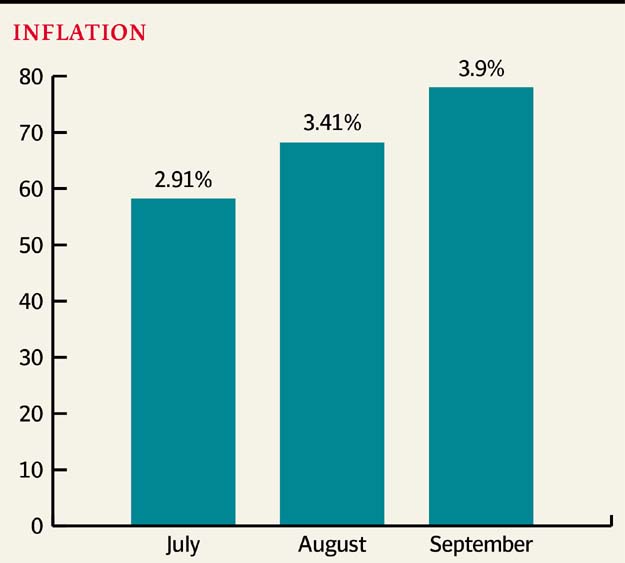 On the back of adequate food supplies and stable international commodity prices, headline inflation decelerated in the first two months of fiscal year 2017-18. In its latest monetary policy announcement on September 29, the central bank stated that “with comfortable wheat and sugar stocks, no major disruption is expected from supply side in the coming months of FY18”.

Due to wrong policies of the government, farmers are more inclined towards growing wheat and sugarcane due to a guaranteed minimum support price. This has affected the cultivation of other crops, creating occasional supply constraints.

The SBP had also said that there were still underlying demand pressures in the economy, as core inflation continues to maintain its higher level in the initial two months of the fiscal year. It said that this was also visible from IBA-SBP’s Consumer Confidence Survey of September 2017, which showed a modest rise in expected inflation during the next six months.

While recognising the emerging challenges on the external front the SBP maintained the policy rate at 5.75%, which is slightly higher than core inflation rate.

The average inflation during first quarter (July-September) of this fiscal year remained at 3.4%, which was slightly lower than the pace recorded in the first quarter of the last fiscal year.

The central bank said that with these demand and supply side dynamics, average CPI inflation is expected to remain well below the annual target of 6%.

On a year-on-year basis, the non-food non-energy inflation, commonly known as core inflation, slightly decelerated to 5.4% in September, according to the PBS. Among 89 commodity groups of CPI, the core inflation covers the price movement of 43 items. The SBP uses core inflation while formulating its monetary policy.

High core inflation rate was still because of surge in cost of health, education, transport and housing sector, said an official of the PBS. The cost of health services was 11.4% high in September than a year ago. The education cost also increased 8.2% in September compared to a year before, according to the PBS.