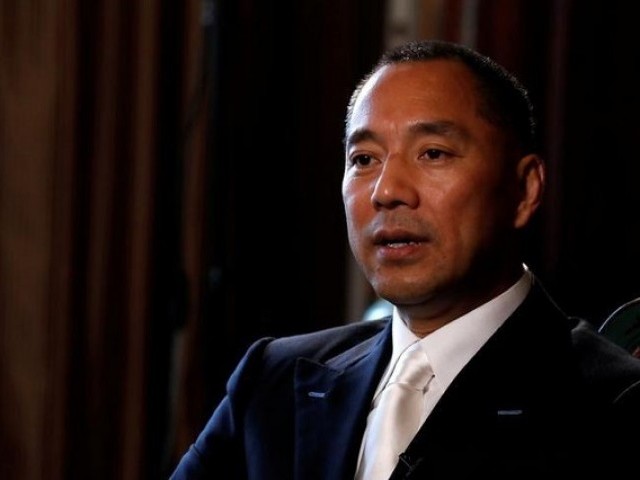 SHANGHAI: Facebook has taken down a page affiliated with China’s highest profile fugitive, exiled billionaire Guo Wengui, and temporarily restricted his ability to post on his profile, citing violations of its community
standards.

Guo, who is living in New York, has been using social media to make a series of incendiary, though mostly unverifiable, claims of corruption in the top levels of the Chinese government. His campaign has been timed for maximum impact ahead of this month’s critical congress of China’s ruling Communist Party, which is held only once every five years.

A Facebook spokesperson said the company on Saturday had ‘unpublished’ one page related to Guo and temporarily restricted his ability to post information on a profile page because “personal identifier information” had appeared on them in violation of Facebook’s community standards.

“We want people to feel free to share and connect on Facebook, as well as feel safe, so we don’t allow people to publish the personal information of others without their consent,” she said on Monday.

The spokesperson declined to say where the initial complaint about the content on Guo’s page and profile had come from, but added that anyone could report a potential violation to the company which it would evaluate. The Chinese authorities have been trying to repatriate Guo, who applied for US political asylum in September.

In April, at Beijing’s request, Interpol issued a “red notice” seeking Guo’s arrest on corruption-related charges. Guo, who left China in 2014, did not immediately reply to a request for a comment. China government blocks access to Facebook throughout China.