North Korea is not a member of Interpol 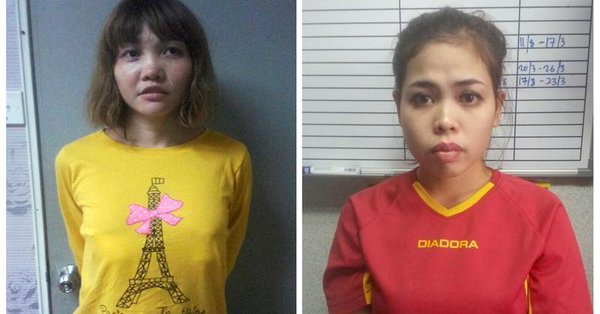 Two women accused of killing the estranged half-brother of North Korea’s leader at the Kuala Lumpur international airport are expected to plead not guilty when their trial begins at a Malaysian court on Monday.

Indonesian Siti Aisyah, 25, and Doan Thi Huong, 28, from Vietnam, are charged with murdering Kim Jong Nam at the airport on Feb. 13 by smearing his face with VX, a chemical the United Nations describes as a weapon of mass destruction.

The pair, however, have told their lawyers they did not know they were participating in a deadly attack and believed they were carrying out a prank for a reality TV show. They face the death penalty if convicted.

Malaysia bans travel to North Korea due to escalating tensions

“They (the women) will maintain their innocence,” Hisyam Teh, Huong’s lawyer, told Reuters.

Monday’s much-anticipated trial is expected to run until Nov. 30 at the Shah Alam High Court on the outskirts of the Malaysian capital.

Lead prosecutor Muhamad Iskandar Ahmad declined to comment on details of the case, but said between 30 and 40 witnesses, including 10 experts, would be called to testify.

The prosecution is expected to call expert witnesses such as pathologists and chemists early on, Hisyam said.

He declined to comment on the defense’s strategy, but said Huong was in good hands.

“She (Huong) has a good defense and we have the evidence to support it,” he said, without elaborating.

South Korean and US officials have said that Kim Jong Un’s regime was behind the murder.

Kim Jong Nam, who was living in exile in Macau, had criticized his family’s dynastic rule of North Korea and his brother had issued a standing order for his execution, according to some South Korean lawmakers.

Four other people, who have not been apprehended or named, have been charged along with Siti Aisyah and Huong. Four North Koreans, who police named as suspects in the case, left Kuala Lumpur for Pyongyang on the day of the killing.

An Interpol red notice, an international alert just short of an arrest warrant, has been issued for the four, who were caught on airport CCTV cameras observing the murder, police said.

Naran Singh, who is also on Huong’s defense team, has asked prosecutors to release the names of the four suspects charged with the women.

Gooi Soon Seng, Siti Aisyah’s lawyer, did not respond to an emailed request for comment. He has previously said the presence of other suspects would change the case completely.

“We believe the main suspects are the four North Koreans that have left the country. If we were able to arrest them, everything would be as clear as daylight,” Gooi told reporters after a pre-trial hearing in July.

The once cozy ties between Malaysia and North Korea have been frayed after North Korea questioned Malaysia’s handling of the investigation into Kim Jong Nam’s murder.

The Malaysian government expelled the North Korean ambassador. In response, Pyongyang barred all Malaysians from leaving the country. Malaysia only secured their release in exchange for returning Kim Jong Nam’s body to North Korea and safe passage home for three North Korean men wanted for questioning in the case.

Olympics: Kim and Trump, 'What could go wrong?' says US snowboarder

Malaysia on Thursday banned its citizens from traveling to North Korea, citing security concerns from Pyongyang’s nuclear tests. The travel ban follows a visit earlier this month to Washington by Prime Minister Najib Razak, who told US President Donald Trump Malaysia has stopped doing business with North Korea, in line with UN sanctions.

North Korea is not a member of Interpol, and Pyongyang was unlikely to entertain any request from Malaysia to return the suspects in the absence of an extradition treaty between the two countries, said Ahmad Martadha Mohamed, an associate professor at Universiti Utara Malaysia.

“Indirectly, this will make it very difficult for Malaysia to put any pressure on North Korea to send the suspects back,” he said. 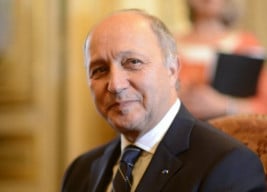 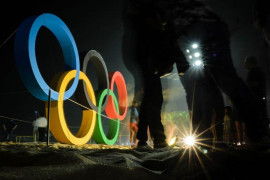 Olympics: Kim and Trump, 'What could go wrong?' says US snowboarder 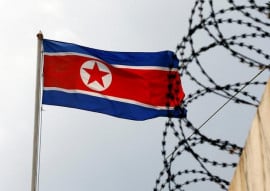 Malaysia bans travel to North Korea due to escalating tensions