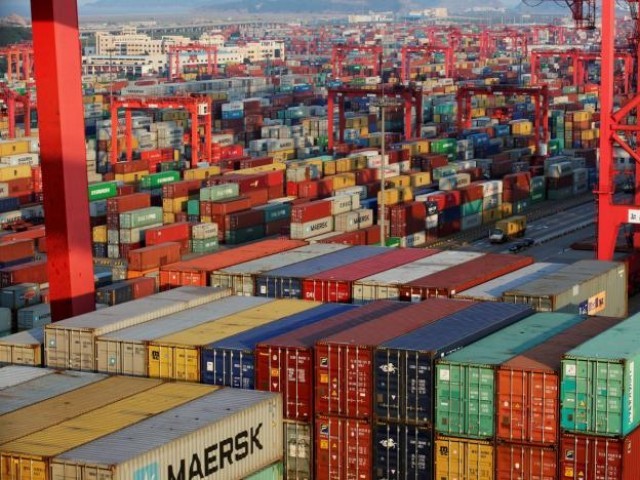 Container boxes are seen at a Port. PHOTO: REUTERS

ISLAMABAD: Federation of Pakistan Chambers of Commerce and Industry (FPCCI) President Zubair Tufail said on Wednesday that agricultural trade has gained importance in the national economy.

He said that Pakistan is endeavouring to improve its agriculture sector under China-Pakistan Economic Corridor’s (CPEC) purview due to massive foreign investments being promised in the sector.

“It is generating income for billions of people globally who are directly or indirectly linked to it while Pakistan’s 60% exports are linked to this sector,” he added. The FPCCI president also claimed that agriculture is set to become an important source of foreign exchange for Pakistan.

He said that hunger can be eliminated from the world if policies of some major agriculture producing countries are not influenced by local or national considerations but global interests which are necessary to control widespread distortions in world agricultural markets.