Many polici­es are incohe­rent
By PPI
Published: September 13, 2017
Tweet Email 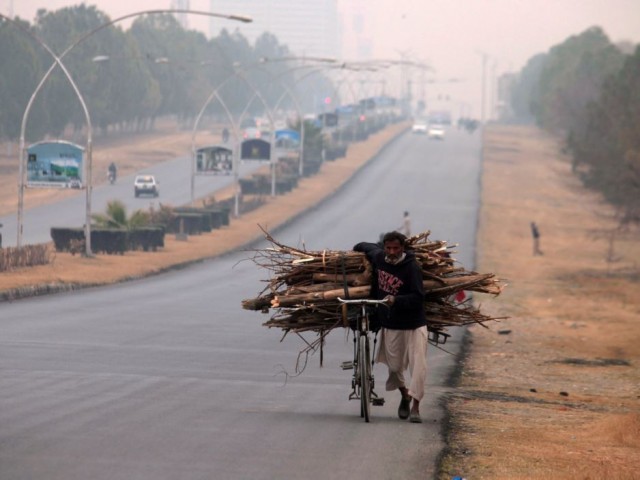 A man pushes a bicycle loaded with tree branches to be used for heating and cooking, on a road in Islamabad, Pakistan. PHOTO: REUTERS

ISLAMABAD: The Federation of Pakistan Chambers of Commerce and Industry (FPCCI) has asked the government to take steps to improve the economic situation.

“Seventy years since independence, our economy has seen many changes, but it still remains without direction, which is a bigger problem than the energy crisis, law and order situation and current dollar crisis,” it said.

Many policies are incoherent, there is a lack of coordination among different ministries and a lack of trust can be observed among business community and important officials, said FPCCI Regional Committee on Industries Chairman Atif Ikram Sheikh in a statement issued on Tuesday.

“Developed nations plan for decades and centuries while we are busy in day-to-day affairs, which has deprived the country of an opportunity to face challenges in the fast changing world,” he added.

FTAs, PTAs need to be revisited

Citing an estimate, Sheikh said the US and EU may not require textile imports in 10 to 12 years as robots would be doing the job, which may hit the economy.