Pakistan sets new rules of engagement with US

Pakistan sets new rules of engagement with US 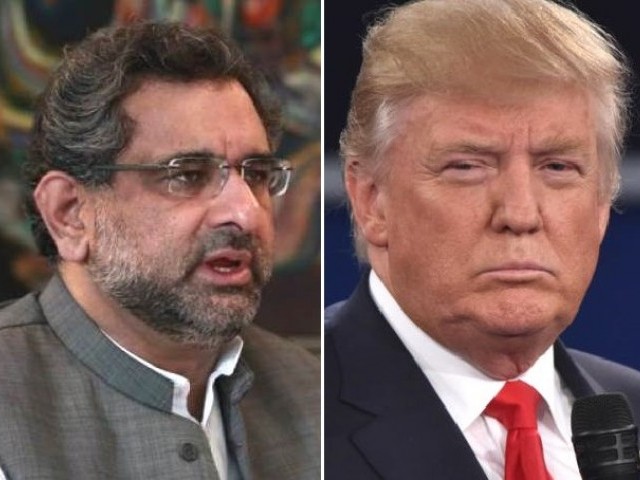 Islamabad seeks new rules of engagement with US; to follow strict protocols in bilateral visits.

ISLAMABAD: In her original itinerary she was supposed to visit Bangladesh and Sri Lanka, but she had sudden change of plan. Her office intimated the Foreign Office that the US president’s focal person for the region would also visit Islamabad to discuss the Donald Trump administration’s new strategy for Afghanistan.

Pakistan, already upset by Trump’s diatribe, had other ideas. Just hours before Acting Assistant Secretary of State for South and Central Asia Alice Wells was to land in the federal capital on August 28, she was informed by the Foreign Office to put off her visit.

“The apparent snub was a clear message to the US that there would not be business as usual in the aftermath of the new roadmap unveiled by Trump for Afghanistan on August 21,” said a senior Foreign Office official.

The official, who requested not to be named because of sensitivity of the issue, told The Express Tribune that Pakistan could not be taken for granted any more.

“On the one hand you literally humiliate us and undermine our sacrifices in the fight against terrorism, and at the same time expect us to entertain US delegations [that too] at the time of their choosing,” the official said. “This will not work anymore.”

The move was part of new rules of engagements Pakistan now intends to follow in its bilateral ties with the US in response to Trump’s Afghan plan.

The official said strict protocols would now be followed in bilateral visits. No US delegation would be entertained without mutual agreement. Also, the government is looking to restore the protocol under which US delegations would be dealt with according to their official status.

That means low-ranked US officials would not be given audience with senior Pakistani authorities. In the past, officials such as the assistant secretary of state used to meet the president and the prime minister.

In fact, in most cases Musharraf directly met US officials, a policy that was criticised by his opponents. “We are now rectifying this,” the official claimed.

The policy shift and other decisions Islamabad had taken in view of the new Afghan strategy would be conveyed to Washington when a US delegation visits Islamabad next month.

The US delegation, whose composition has not yet been announced, is visiting the country to discuss a way forward in the wake of Trump’s Afghan strategy.

The meeting, according to Foreign Secretary Tehmina Janjua, was ‘ice breaking’, as the two sides agreed to stay engaged and pursue common objectives.

However, given the differences and growing misgivings between the two countries, it takes much more than a meeting to resurrect their troubled relations, according to observers.