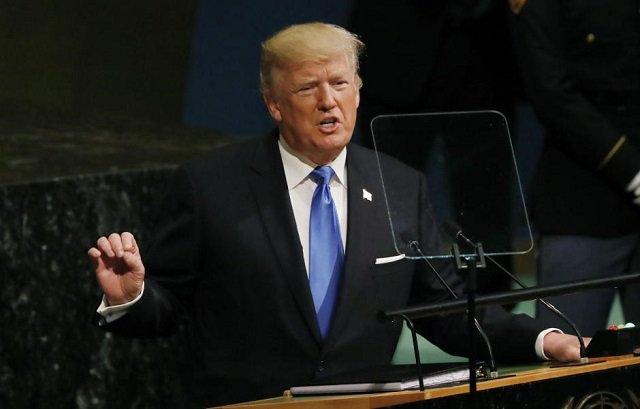 KARACHI: The US may be willing to walk back some of the tough talk that President Donald Trump directed at Pakistan in his Afghan policy speech.

Sources in Islamabad familiar with the “pleasant” discussions between US Vice President Mike Pence and Prime Minister Shahid Khaqan Abbasi said that they discussed Pakistan-US relations and Washington’s new policy for Afghanistan in detail and agreed to resolve thorny issues through a dialogue. Scheduling for this would be done soon, the sources added.

The American VP apparently told Abbasi that he hoped that relations with Pakistan would be enhanced. Both countries also agreed to make joint efforts to start the Afghan reconciliation process. A meeting will soon be called to decide a strategy in consultation with members of the quadrilateral coordination group.

The sources said that the US moved to bring gradual changes in its policy after Pakistan’s strong protest. This was visible when President Donald Trump spoke at the UN – he did not mention Pakistan at all. Sources said that this change could cause increased diplomatic contacts between the two countries.

Sources said that US Ambassador David Hale has been kept busy by Pakistan’s reaction to the new US policy. He has held separate meetings with civilian and military leaders in which he has been made aware of Pakistan’s position that no peace formula could work in Afghanistan without Pakistan’s help.

US eager to contribute to Pakistan’s progress

Speaking at the UN, Afghan President Ashraf Ghani also said that, “Afghanistan wants (to hold) a comprehensive dialogue with Pakistan”.

Pakistan has repeatedly told Afghanistan that the Afghan issue can be only be resolved through dialogue.

Sources said that Pakistan would take any decisions after meetings of the National Security Council.