Chaudhry Nisar and Nawaz Sharif a case of 'lover and beloved': Saad Rafique

Chaudhry Nisar and Nawaz Sharif a case of 'lover and beloved': Saad Rafique 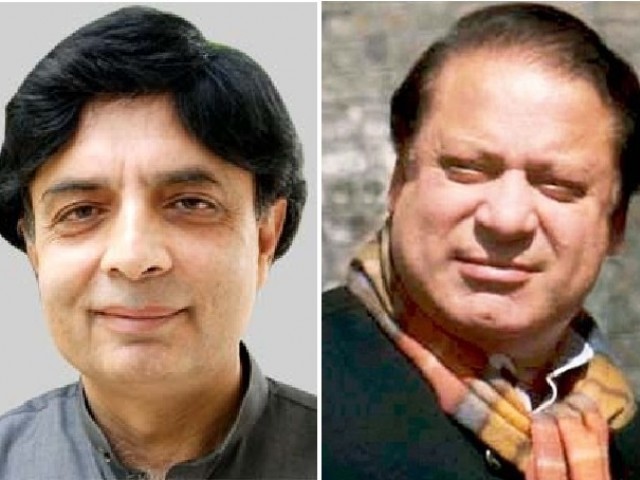 Federal Minister for Railways Khawaja Saad Rafique has said that ousted premier Nawaz Sharif and the disgruntled former interior minister Chaudhry Nisar have an attachment like that of the “lover and the beloved.”

In a series of posts on micro-blogging site Twitter on Tuesday, Rafique posted a picture of Nawaz, who returned from London on Monday, with his fellow Pakistan Muslim League-Nawaz leaders.

He also said that if injustice is done, they [PML-N] will not stay quiet, Express News reported.

Nawaz and Chaudhry Nisar have a connection like that of a lover and beloved, Rafique wrote.

In an unexpected development, Nisar, the former interior minister had met Nawaz at Punjab House, Islamabad on Monday evening.

‘Catching up on old times’: Nawaz and Nisar finally meet

The two leaders, sources said, spoke about Kulsoom Nawaz’s health, the concerns and reservations relating to the party’s affairs and the political situation of the country.

Over the past few months, Nisar has publically spoken out about his disagreement with the party leaders.

In an informal talk with reporters on September 19, Nisar took a dig at Prime Minister Shahid Khaqan Abbasi and said no one had objections to “in-house cleaning” but government officials should stick to taking concrete steps instead of issuing statements.

Nisar was referring to recent statements made by Abbasi in which the PM had said that he backed Foreign Minister Khawaja Asif’s statement that “our own house should be cleaned”.

The former interior minister had earlier expressed his concerns relating to a culture of flattery within the party.

He had also expressed disagreement with how the party, under Nawaz’s lead, reacted to proceedings of the Panama Papers case.

Nisar had also advised the deposed PM to avoid confrontation with the institutions and accept the top court’s verdict in the case.

Like a traitor: Altaf must hang, says Sindh minister