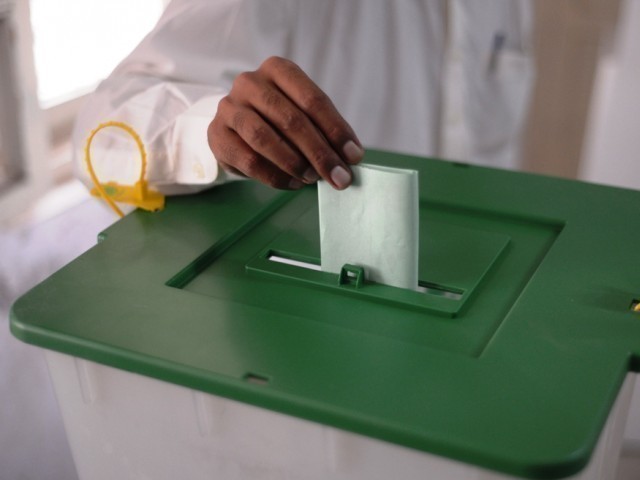 PESHAWAR: As campaigns for by-elections in NA-4 continue at full steam, the Election Commission of Pakistan (ECP) has issued notices to candidates of different political parties for removing billboards which exceed the size limit prescribed by the top poll body.

“It has been noticed with grave concern that the candidates have displayed hoardings in the limit of the constituency,” the notification read, adding that the advertisements had been put up in Pandho Chowk, Jamil Chowk, Umar Chowk, Ghari Ahmad Khan, Sheikh Muhammadi, Mattani Chowk, and Scheme Chowk.

“You [party candidates] are directed to remove hoardings immediately and notify the ECP related to compliance of this notice issued,” the notification read.

Furthermore, the contesting candidates were advised to strictly adhere to the standards prescribed by the ECP in the code of conduct regarding all activities relating to electoral canvassing.

According to clause-12 of ECP’s Code of Conduct for Candidates and Political Parties, no one is allowed to display a poster, hoardings, leaflets or banner which are larger than the size the prescribed by the ECP.

ECP stipulates that posters should be two feet by three feet, hoardings 3X5 feet, and banners should not exceed a size of 3X9 feet. Leaflets and handbills can be of maximum 9X6 inches.

The ECP laws state that it is the responsibility of the district administration to remove any hoardings which violate ECP’s specifications.

Moreover, walk chalkings and loudspeakers are banned during the campaign, the latter has an exception for use in election meetings.

By-polls for NA-4 is scheduled to be held on October 26 for which 25 candidates have filed nomination papers. The seat had fallen vacant after the death of PTI lawmaker Gulzar Khan.

A close contest is expected between the ANP, PML-N, JI, and PTI since the constituency has won by various parties in the past.

In 2013, PTI’s Gulzar bagged over 50,000 votes followed by PML-N’s Nasir Musazai who secured over 20,000 votes. Commenting about the notice issued by ECP, ANP’s Khushdil Khan told The Express Tribune that he had yet to receive any such notice.

However, he said that a number of billboards were installed by party workers spread through the city and that he has nothing to do with it.

“I will look into the notice issued by the ECP, and will follow ECP’s code of conduct,” he assured.