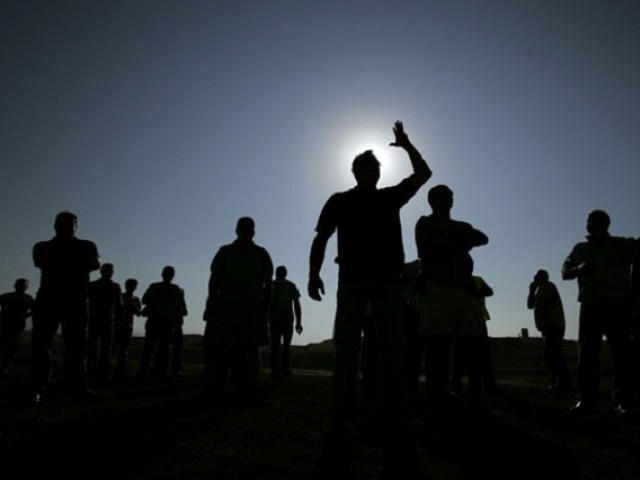 MULTAN: Civil society activists and traders staged a demonstration in front of Multan Press Club to condemn the separatists who were displaying posters and billboards in Geneva against Pakistan and in favour of “Free Balochistan.”

The protest was led by former MPA Mir Tariq Hussain Massouri Bugti. The participants, who were carrying placards, shouted slogans against the secessionists and blamed them for playing in the hands of India and other anti-Pakistan forces.

Tariq Hussain said, “It is a failure of ministry of foreign affairs and Pakistan embassy that anti-Pakistan blitz are being run on billboards, trams, buses and websites in Geneva.” He added, “An army of paid volunteers is running the campaign to malign the country at a time when the 36th session of the UNHRC is underway.”

He maintained that Brahmdagh Bugti and other separatists had got political asylum in Switzerland and they were openly violating the asylum rules but the Swiss government did not take action against them.

He alleged, “They are now playing in the hands of India which has allocated funds of Rs7 billion and the Indian mission in Geneva is controlling anti-Pakistan activities.”

The ex-MPA pointed out that the local Swiss administration was paid heavy amounts in commercial deals for such campaigns. He said that anti-Pakistan activities in Switzerland were against Pakistan’s sovereignty and territorial integrity in contravention of the UN Charter and international law.

“The use of Swiss soil by terrorists and violent secessionists for nefarious designs against Pakistan and its 200 million people is totally unacceptable,” he remarked.

The protesters demanded of the government to take action so that such incidents do not occur in the future.