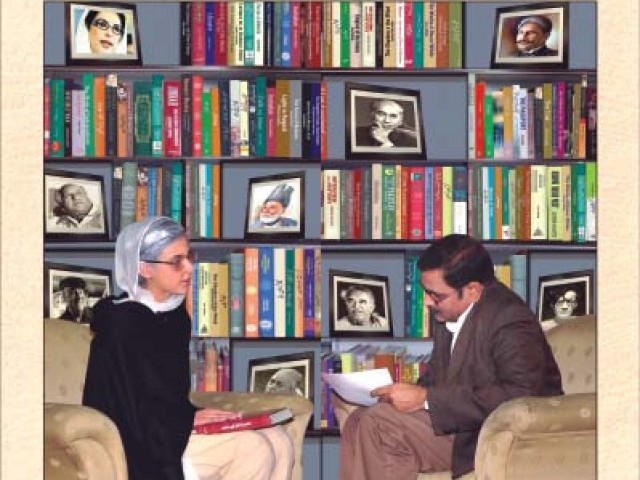 The third edition of the quarterly Kitaab Risala (Book Review) for April-June 2011 has been published.

The first of its kind in Pakistan, the magazine is dedicated exclusively to reviews and introductions of books on diverse subjects. The earlier two issues were well-received.

The magazine includes reviews of books whose subjects range from literature, history, linguistics, philosophy and education to poetry, travelogues and children’s stories. The latest edition includes reviews on books written about the personalities and works of Faiz Ahmed Faiz, Mehdi Hasan, Habib Jalib and Ustad Daman. Reviews on the works of acclaimed writers such as Bano Qudsia, Ubaidullah Baig, Amar Jalil and Ahmad Aqeel Robi have also been prepared, which may assist the reader in making book selections.

In the issue’s editorial section, Islam has written that “according to a deal between the foundation and Pakistan Railway, a small magazine containing an entertaining rendition of the new railway timetable would also be included. I hope the foundation’s effort proves to be worthwhile for travelers.”

Other than at large bookstores, the 68-page magazine may be purchased from NBF shops located at railway platforms in Rawalpindi, Lahore, Multan, Rohri and Karachi. Moreover, Kitaab Risala may also be purchased from the NBF head office in Islamabad or NBF bookshops in the country’s bigger cities.

The price of the magazine has been reduced by half to make it even more accessible to the common reader. Now, it is priced at Rs100 instead of the previous Rs200.

As various federal ministries are handed over to the provinces, The NBF is currently confronted with the prospect of being merged with the National Language Authority (NLA), an organisation with a much smaller purview and a different set of responsibilities.

On April 11, Islamabad High Court issued a stay order against the merger, following a petition filed by NBF employees. The counsel for the petitioners, Ahmed Bilal Soofi, contended that NBF, established under the 1972 Parliament Act, was a statutory body and thus, could not be merged with the NLA, a non-statutory body created via a notification of the Cabinet Division.

Therefore, he argued, a merger would require an amendment in the NBF Act 1972 and, thus, the Ministry of Inter-Provincial Coordination had no lawful authority for issuing the order of the merger.

The forgotten: Five minutes from capital, miles away from water