No development in sight for District Malir

No development in sight for District Malir

Despit­e having a PPP MPA, MNA, the distri­ct contin­ues to suffer due to neglec­t
By SHEHARYAR ALI
Published: September 25, 2017
Tweet Email 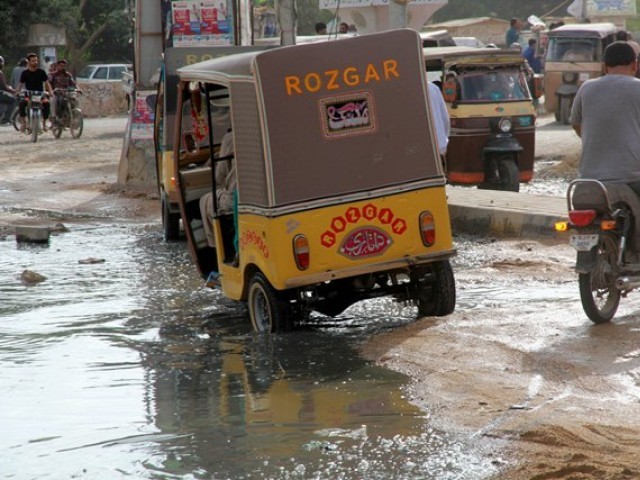 The residents have lost all hope that development in the district will actually take place. PHOTO: ATHAR KHAN/EXPRESS

KARACHI: District Malir, a district that is home to over two million residents, has been neglected by the authorities and its state is deteriorating.

The residents of the district have had their hopes dashed by the lack of development in the area. But the residents had reason to hope. The provincial and national assembly seats in the district were won by members of the province-ruling Pakistan Peoples Party (PPP). The local government chairman of the area also belongs to the same party. In August, Chief Minister Murad Ali Shah promised Rs600 million for development projects in the province but so far there seems to be no development in sight.

Whether it is a main road network including internal arteries and main thoroughfares or the matter of waste disposal, the residents complain that the authorities are inattentive.

A resident of Model Colony, a town in Malir, Owais Ahmed Khan said that since the last five years they have not seen a single development work in the area. If the provincial government has initiated any sort of development work it has become a headache for us, since their completion date is ‘never’, he lamented.

Khan shared that Malir has historical importance and many people have been living here even before Partition, however, over time the negligence of the government has shaped the area into something resembling a rural town. He said there are several projects in the area that are still incomplete, such as the Malir 15 Flyover, which could have been completed ages ago. “One can easily see the non-seriousness of the provincial government by looking at this single project,” he said.

Gesturing towards a group of children playing with paper boats in rainwater accumulated on a street, Khan said the water has been here for over 45 days and is a breeding ground for various diseases, such as chikungunya and dengue, but the authorities have done nothing to remedy the situation. “It seems like there is no government here,” he lamented.

Another resident, Najeeb Hasan of Jaffar-e-Tayyar Society, said Muharram has already arrived but there is garbage everywhere, including around the imambargah. He said the roads are filled with garbage, adding that in some areas it looks like roads were never built. 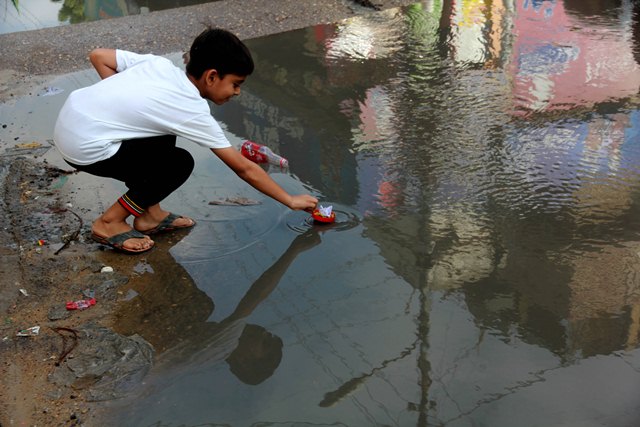 Children in the district play in the accumulated rainwater, which is a breeding ground for a variety of diseases. PHOTO: ATHAR KHAN/EXPRESS

Talking about the recent by-elections, Najeeb said that he and many other residents here voted for the PPP candidate. It was a chance for the PPP to exhibit its work in this district and the area could have serves as a model for the upcoming elections, however, they are more interested in politics rather than serving those who elected them, he said.

District Council Malir Chairman Jan Muhammad Baloch said he has no support from Karachi Mayor Wasim Akhtar. He accused him of being the mayor of only two districts in the city, while the other four, including Malir, are being neglected by him.

He claimed that projects initiated by the Sindh government are either completed or near completion, however, the mayor has not completed the main thoroughfare in the district – the road leading from Kala Board to Quaidabad.

He asked how a district could run its affairs without the help of the city’s mayor. We are working here with the support and funds of the provincial government, he said.

One resident, however, felt that the district administration should take a lesson from the armed forces.  Shahid Hasan said the same district that is plagued by so many problems is also home to a well-maintained cantonment area. Malir Cantt is an example of how the affairs of local bodies can be dealt with if those incharge are serious about their jobs, he said.

Historian and social activist Gul Hasan Kalmati said a large portion of District Malir is made up of rural areas, such as Dumba Goth, Memon Goth and Gadap Town, which itself has many small goths within it, however, these areas are usually neglected by the authorities.

Kalmati, while commenting on the performance of the authorities, said that it seems like there is a lack of coordination between them. “There are funds but the ability to utilise them is lacking,” he said.