Former PM says public has endors­ed his point of view by voting for the PML-N
By News Desk
Published: September 23, 2017
Tweet Email 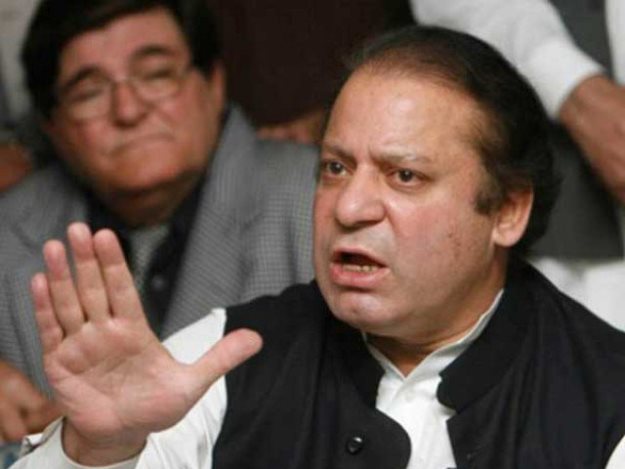 Deposed PM Nawaz Sharif said on Saturday that his party’s success in the NA-120 by-election went on to validate his stance.

“The public has endorsed my point of view by expressing their confidence in the party [Pakistan Muslim League-Nawaz] in the [NA-120] by-election,” he told reporters in London.

“What I said at the GT Road rally is my principled stance,” he added.

Without elaborating further, Sharif warned that the situation in the country could be heading towards a “strange” direction.

The former PM also said he had demanded that the PML-N activists, who went missing during the NA-120 polling, be found.

On his meeting with PM Shahid Khaqan Abbasi earlier in the day, Sharif said it was only a routine matter. “There will be more such meetings in the coming days,” he added.

The former PM said his wife Kusoom Nawaz, who is being treated for lymphoma in London, had undergone a third surgery and she was recovering well.

A five-member Supreme Court bench had disqualified Sharif from the PM’s office on July 28 for failing to declare a salary, which he had not withdrawn as an executive of Dubai-based company, as an asset when filing his nomination papers in 2013.