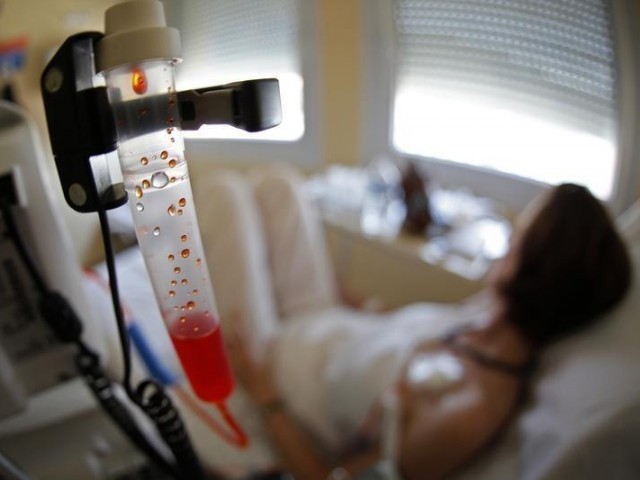 PESHAWAR: As the toll from the viral dengue fever soared past 30, Khyber-Pakhtunkhwa (K-P) Health Minister Shahram Tarakai only had words to offer.

Addressing an event organised by the Oncology department of the Hayatabad Medical Complex’s (HMC) in collaboration with a multinational pharmaceutical company, Tarakai stated that the Pakistan Tehreek-e-Insaf-led provincial government was taking every possible step to facilitate patients.

In this regard, he pointed out how the government had introduced a number of reforms in the health sector which had changed how things were done in the province.

Moreover, he pointed out that the government, through public-private partnerships, was running a host of health programmes under one roof either free of charge or at subsidised prices. These  programmes included diagnosis, treatment and even provision of medicines for cancer patients.

The health minister added that not only residents of K-P, but people hailing from the Federally Administered Tribal Areas (FATA) also benefited from the projects. He added that the projects were likely to be extended so that the programme covered as many cancer patients it could.

The government and its private partners have spent as much as Rs14.1billion on treating some 1,830 patients with cancer since 2011 across K-P. The programme has since been extended until 2019 with the hope that some 5,000 patients suffering from different kinds of cancer would be provided with treatment and medicines free of cost at an expected cost of Rs30 billion.

At the event, HMC’s Professor Abid Jamil said that a total of 1,077 men and 753 women afflicted by different types of cancer received free treatment at the facility.

He added that around 0.2 million cases of cancer had been reported from across the country while K-P accounted for around 5,000 of those.