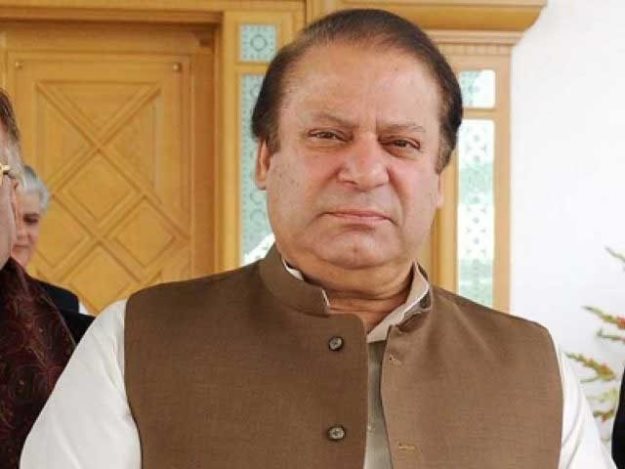 ISLAMABAD: The government on Friday succeeded in amending the Political Parties Order (PPO) and paving a way for former prime minister Nawaz Sharif to once again take the helm of Pakistan Muslim League-Nawaz.

Due to the previous language of the PPO, Sharif had to step down as party chief after his disqualification from holding public office under the Supreme Court’s Panama Papers case verdict.

It was an embarrassing day for opposition parties in the Senate, as their combined strength outnumbers the treasury benches as the Elections Bill 2017 – a set of laws to reform the country’s election system – passed with only minor amendments to the draft passed by the National Assembly earlier. The bill also consolidates eight sets of laws that currently govern the electoral process in Pakistan.

But the clause currently has a proviso which reads “Provided that a person shall not be appointed or serve as an office-bearer of a political party if he is not qualified to be, or is disqualified from being, elected or chosen as a member of Parliament under Article 63 of the Constitution…or under any other law for the time being in force”.

That clause has disappeared in the bill. When the bill was passed in the National Assembly, it went unnoticed.

It was only during voting on the bill in the Senate on Friday that leader of the opposition Aitzaz Ahsan brought the development to the notice of the house and proposed an amendment in the relevant law passed by the National Assembly.

Ahsan proposed an amendment to clause 203 (1) of the new election laws with a new proviso stating: “provided that the person shall not be appointed or serve as an office-bearer of a political party if he is not qualified to be, or is disqualified from being, elected or chosen as a member of the parliament under any law for the time being in force”.

Law minister Zahid Hamid opposed the amendment, which led to the chairman calling a vote count. To the opposition’s surprise, Ahsan was outvoted by one vote, with 37 for and 38 against, despite the government’s numerical inferiority.

Rejection of Ahsan’s proposed amendment brought jubilation in treasury benches who congratulated each other for their success.

Earlier, while giving the history of the contentious clause in the PPO, Law Minister Zahid Hamid said providing for such a bar on holding party offices had first been introduced by Ayub Khan’s dictatorial regime in 1965. That bar was removed in 1975 by the democratic government of Zulfikar Ali Bhutto.

Military ruler General (retd) Pervez Musharraf brought back the provision through the Political Parties Order in 2002.

According to Hamid, well before the disqualification of Nawaz Sharif in July this year, a member of the PPP, in a parliamentary committee on electoral reforms meetings on November 17, 2014, had suggested removing the proviso.

Another blow came when Senate Chairman Raza Rabbani opposed the government’s demand for a second vote on a PTI senator’s proposed amendment within minutes of its passing. He referred the matter to the house to see if they backed his stance. To his surprise, the government won the second vote, and the chairman had to give the chair to the deputy chairman for some time.

First, an amendment moved by PTI senator Azam Khan Swati requiring electoral candidates to submit wealth statements including the assets and liabilities of their spouses passed without incident.

But within minutes of its passing, Law Minister Hamid told the chairman that he wanted to move another amendment to the clause.

After Rabbani objected to the law minister’s move, Hamid kept insisting. This led the chairman to call a vote. The house voted in favour of the law minister – 39 votes to 38.

Raza Rabbani immediately stopped chairing the session when his view was rejected by the house.

Opposition senators then staged a walkout against what they called ‘attempts to bulldoze the system’, and announced they would stay away from proceedings till Rabbani returned.

The chairman later came back to preside over the rest of the proceedings.

Rabbani did not allow JUI-F member Senator Hamdullah to move an amendment seeking to revoke a newly-introduced clause under which poll results can be declared void if voter turnout among women is less than 10 per cent.

Hamdullah also moved an amendment to section 110 of the bill. His amendment would have made it obligatory upon every candidate in an electoral contest to swear an Islamic oath, regardless of their personal faith.

The amendment was not initially opposed by the law minister or the treasury benches, paving the way for its adoption.

However, PPP Senator Hari Ram protested against the amendment, saying that it would force non-Muslims to swear an oath which should be specific to Muslim candidates and questioned the logic behind it.

After some discussion, a majority of Senators agreed with Ram and rejected the amendment.

Since the bill has already been passed by the National Assembly, it will only be returned to the lower house for fresh votes on the Senate’s amendments. Given the PML-N’s majority in the lower house, this should be smooth sailing. After that, the bill would land on President Mamnoon Hussain’s desk for a signature approving it as the law of the land, unless Sheikh Rashid sticks to his guns and goes to the Supreme Court to challenge the constitutionality of the bill.