Minist­er tells NA PM to give policy statem­ent on reform­s packag­e on return from US
By Qadeer Tanoli
Published: September 22, 2017
Tweet Email 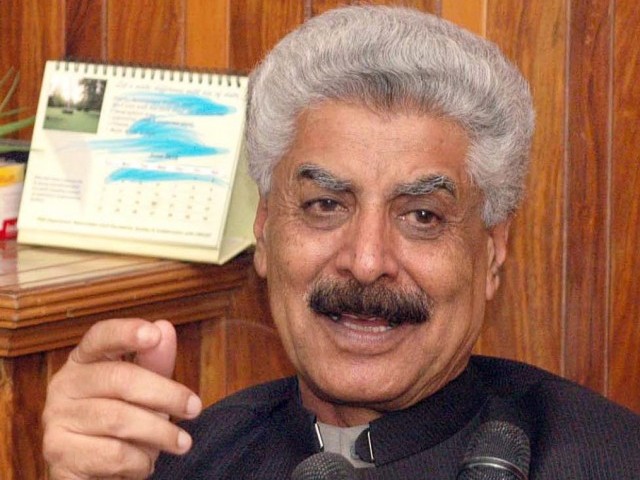 ISLAMABAD: The National Assembly was informed on Thursday the government had decided to abolish the Frontier Crimes Regulation (FCR) in coming days and assured the lawmakers Prime Minister Shahid Khaqan Abbasi would give a policy statement in the House on Fata reforms.

The FCR is a special set of laws which are applicable to the Federally Administered Tribal Areas (Fata). The law denies the residents of Fata the right to appeal any court for change in conviction, the right to legal representation and the right to present reasoned evidence.

Responding to a point of order, Minister for States and Frontier Regions (Safron) Abdul Qadir Baloch said the decision has also been taken to abolish the FCR. He said action on each of 25 points of the Fata Reforms Package was being taken and it would be concluded in next 10 days.

Baloch informed the house the prime minister will give a policy statement on Fata reforms upon his return from the US. He said Rs100 billion would also be spent on the development of tribal areas in order to bring them at par with Khyber Pakhtunkhwa and other developed areas of the country.

Meanwhile, the house passed ‘The Apprenticeship Bill 2017,’ aiming to make provision for promoting, developing and regulating systematic apprenticeship programmes. The bill was moved by Education and Professional Training Minister Muhamamd Baligh-ur-Rehman. The house passed it unanimously.

Earlier, when the government attempted to take up ‘The Right of Access to Information Bill, 2017,’ a PPPP lawmaker pointed out the quorum. It was found breached when count was made. It was the sixth time during the current session that the quorum was found incomplete.

The proceedings were suspended for 10 minutes and the government’s ministers persuaded the opposition to participate in the proceedings. When the proceedings resumed after the House was found in order, MQM’s lawmaker, Sheikh Salahuddin was given the floor.

FATA merger: ‘FCR will be repealed through reforms’

Salahuddin stated the MQM Pakistan rejected the 6th census because it has serious reservations to it. He alleged that data of census about the population of Sindh and particularly that of Karachi was shown smaller.

He said the exact population of Karachi is about 30 million, while according to census it was only 16 million. The lawmakers belonging to MQM staged a ‘token walkout’ from the House to register their protest.

Chaudhry, while responding to a calling-attention notice, moved by a PTI lawmaker on the issue of ‘missing’ soldier of the paramilitary FC Balochistan, said Sepoy Zahoor Shah was in the custody of Afghan security forces.

He said that Pakistan was carrying out phased fencing of its border with Afghanistan in order to ensure better management of the frontier. Similarly, he added, posts had been equipped with modern system in order to check the movement of people.

Minister for Parliamentary Affairs Sheikh Aftab Ahmed told the House that 14,000 additional polling stations will be established for the 2018 general elections.

The ongoing session of the National Assembly was prorogued on Thursday without considering most of the legislative agenda of the day including ‘Right of Access to Information Bill, 2017’, ‘the Auditor-General’s (Functions, Powers and Terms and Conditions of Service) (Amendment) Bill, 2017 and the Corporate Rehabilitation Bill, 2017.

Harassment at workplace: K-P has two months to appoint ombudsperson