Doodle featur­es Madam Noorje­han in a purple attire, with a choker, and the memora­ble flower­
By News Desk
Published: September 21, 2017
Tweet Email 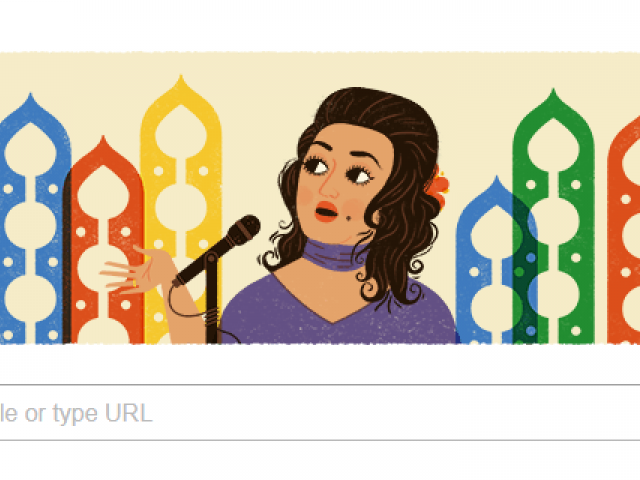 Today would have marked the 91st birthday of Madam Noorjehan, and Google dedicated a doodle for their homepage in her honour.

Born Allah Rakhi Wasai on September 21, 1925, she was known as the “Malika-e-Taranum” (Queen of Melody) across the world. Her voice and unique style of singing captured the hearts of millions across South Asia.

Best known for her voice, she was also an accomplished actress. Noor Jehan also helped co-direct Chan Wey in 1951. Her contribution to the art and history of Pakistan will never be forgotten. The government of Pakistan also awarded her a Sitara-i-Imtiaz, and Tamgha-e-Imtiaz.

The doodle features Madam Noorjehan in a purple attire, with a choker and the memorable flower on the side of her hair. The doodle has great resemblance to her  Dildar Sadqay Lakh Waar Sadqay performance on PTV.

She recorded about 10,000 songs in various languages of India and Pakistan, including Urdu, Hindi, Punjabi and Sindhi.