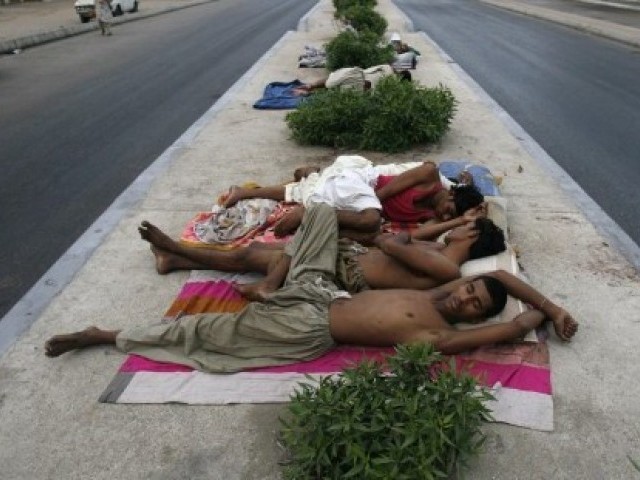 LAHORE: How do poor survive in a minimum wage of Rs15,000? Do we have intergeneration poverty and inequality akin to the Hindu caste system? How unequal is our society and is development possible with such inequality? Is it because of the structure of economy, the structure of state, or particular policies?

These questions remained the focal point of a discussion session titled as “How the poor survives in Pakistan”, by Khalid Bhatti, an activist and a writer working for labour rights with trade unions.

The event was organised by Low-Key Lokai, a space that brings together people and community to dialogue and debates issues that are critical for building a peaceful society. The seventh session was a part of an ‘Active Citizenship Seminar Series’, which has previously invited public scholars and specialist to explore issues like climate change, terrorism and feminism.

Khalid said the upper middle class and rich class have moved out from generic areas towards posh housing societies, which indicated a build -up of class apartheid. He was of the view that the systematic ghettoisation of the poor class was leaving them incapable of being able to ensure a decent life that everyone deserved.

“This class apartheid has left the rich, which makes up the ruling class as well, detached from the problems and aspirations of the underprivileged class,” he added.

That was one of the main reasons the national economic policies seemed to cater to the privileged class only, he said. According to Bhatti, the policies of government continued to take a route that was nowhere close to solving the issues of poor despite having the resources to pull the country out of poverty.

“All of the social  reforms that were taken during the 70’s Bhutto era, have now been either dropped out from the system or the regulations along with their administrative procedures have become so cumbersome that it has become too difficult to bring out any substantial benefits from these policies,” he added.

He was of the view that this issue was exacerbated with the free market economy, which had left the private sector pretty much independent of interference or check from the government.

“For example a labourer cannot benefit from state pension if his employer does not issue a certificate, regardless of how many years he has worked,” Bhatti added.

Bhatti said there were only 0.6 million registered labourers for social benefits right now in Punjab who were eligible to receive pen sion fund of around Rs5,000 per month, while the actual number of unregistered labourers was far more. “According to Pakistan economic survey, 80% of private companies is not registered therefore they do not exist in any government record.”

He said that there was no system in place currently that allowed the labour department to check the working conditions of any factory upon receiving complaints.

Khalid Bhatti has been an activist for trade unions since the 1980s and has been a vice president of National Trade Union Federation, National Organiser Trade Union Rights Campaign and general secretary of Socialist Movement Pakistan.