Season 11 of the show is set to air on Octobe­r 1
By Entertainment Desk
Published: September 16, 2017
Tweet Email 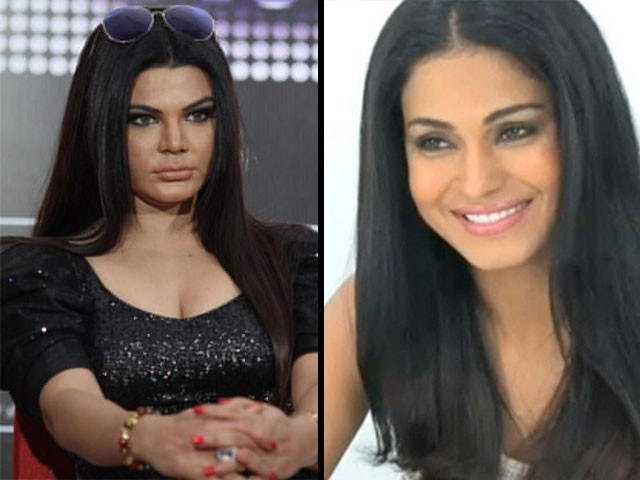 One of television’s most watched reality show, Big Boss, is set to roll out its 11th edition on October 1, and fans are eagerly awaiting this year’s line-up.

The show is immensely popular on this side of the border as well. It shot to fame for both good and bad reasons when it featured actor Veena Malik on Season 4. Compiled from PinkVilla here is a list of the most controversial celebrities that have participated in Big Boss over the years.

Veena was hands down the most popular, or shall we say, notorious contestants on the show. Be it her scandalous PDA with TV star Ashmit Patel or her conniving schemes to survive in the Big Boss house, the actor surely knew how to grab the audience’s attention.

Salman Khan replaces Saif Ali Khan in ‘Race 3’ and fans do not approve!

The eccentric Swami Om who was a self-proclaimed holier than thou inmate in Season 10 really crossed the limits of what is acceptable on reality TV. The participant urinated on his fellow contestants Bani J and Rohan Mehra in an iconic episode. The man still continues to badmouth his co-stars, and the host of the show, Salman Khan.

The extremely volatile and emotionally charged Dolly garnered mass viewership for Season 7, because the audience loved to hate on her. The actor’s constant fights and abusive language made the season quite dramatic!

Item girl Rakhi is someone who seems to thrive on controversies. She starred in the first season and in true Rakhi style, she made the show scandalous!

Imam who appeared on season 6 of the show was known for his short temper. The actor would not only initiate petty fights with fellow contestants but was audacious enough to challenge Salman too!

Sapna was a contestant who was known to make mountains out of molehills. The notorious hairstylist was even gutsy enough to call Salman a monkey on one episode.

The self proclaimed film critic, KRK, who frequently raises eyebrows with his ridiculous tweets that mock celebrities and their relationships statuses was just as irksome during his Big Boss days. Not surprising, he physically abused a fellow inmate as well.

Actor Sambhavna was another physically abusive Big Boss entrant. The episode where she indulges in a shoe fight with Dimpy Ganguly is a categorical favourite among Big Boss fans.

Model-turned-VJ Pooja was possibly one of the crankiest contestants of the show and had fights with everybody. Her words, “Spare me” became quite the catchline on Season 5.

Salman Khan honoured by UK’s House of Commons with award