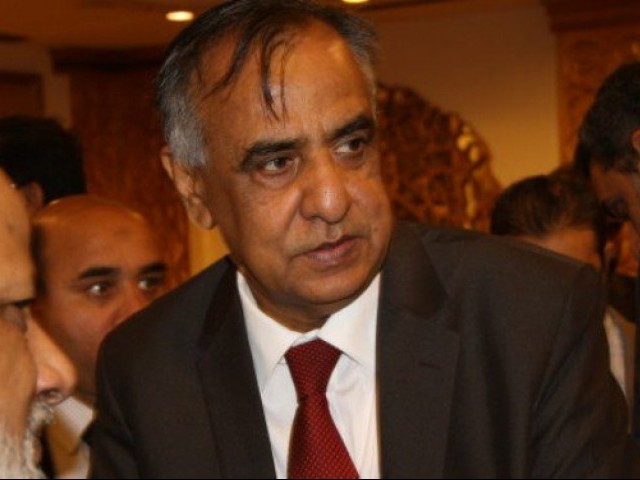 Tahir Mahmood says Hijazi told him: ‘Are you a son of prophet that you can’t lie’. PHOTO: FILE

ISLAMABAD: The Islamabad High Court (IHC) on Thursday issued notices to the Federal Investigation Agency (FIA) and the Special Investigation Unit (SIU) on a petition filed by Zafarul Haq Hijazi, the suspended chairman of the Securities and Exchange Commission of Pakistan (SECP), for quashing an FIR against him in a record-tampering case.

Justice Mohsin Akhtar Kayani issued notices to the respondents with the directives to submit their replies by September 27.

Hijazi had requested the IHC to quash the FIR against him in the case pertaining to the tampering of the official record that surfaced during the Panamagate investigation against the Sharif family. He claimed that those involved had falsely blamed him to save their own skin.

“The whole case against the petitioner has been made/established on the basis of the statements of the persons who are primarily involved in the illegal act and responsible for the offence,” he said in the petition filed through his counsel Hamid Ali Shah and Ishfaq Hussain Naqvi.

He said that in his capacity as chairman, he neither had the intention nor any benefit accrued to him in the course of making a backdated entry in the impugned document and he had never issued any directive as alleged.

The FIR 13/17 was lodged against Hijazi under Sections 466 and 471 of the Pakistan Penal Code, read with Section 5(2) of the Prevention of Corruption Act, 1947 on July 10. He was arrested on July 21 and remained in physical custody till July 29 and judicial custody till August 8 before being released on bail.