Every step would be taken to mainta­in the beauty of the mausol­eum of the father of nation, says Irfan Siddiq­ui
By APP
Published: September 15, 2017
Tweet Email 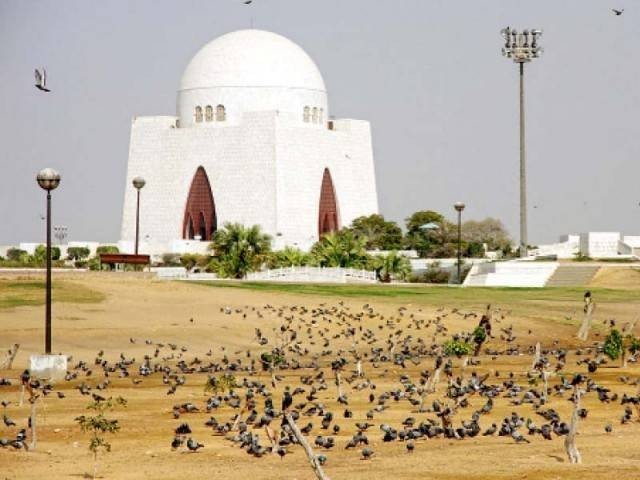 KARACHI: Design of the Green Line Bus Rapid Transit project has been changed to preserve the view and beauty of the mausoleum of Quaid-i-Azam Mohammad Ali Jinnah.

Adviser to the Prime Minister on National History and Literary Heritage, and Quaid-i-Azam Mazar Management Board Chairperson Irfan Siddiqui announced this after chairing a meeting of the mazar management board on Thursday. Every step would be taken to maintain the sanctity and beauty of the mausoleum of the father of nation, he said.

Siddiqui further maintained that that no permission would be granted for any commercial activity within the precincts of the mazar, adding that the Karachi Infrastructure Development Company working on Green Line BRT had sought permission to use a portion of the premises but it was rejected by the board.

The board chairperson also informed that on the suggestion of the board, the company has changed the design of the project and the route has been made underground near the premises of the mazar so that its view remains the same.  He added that the federal government has approved the establishment of `Greater Quaid-i-Azam Park’ within the premises of the mausoleum.