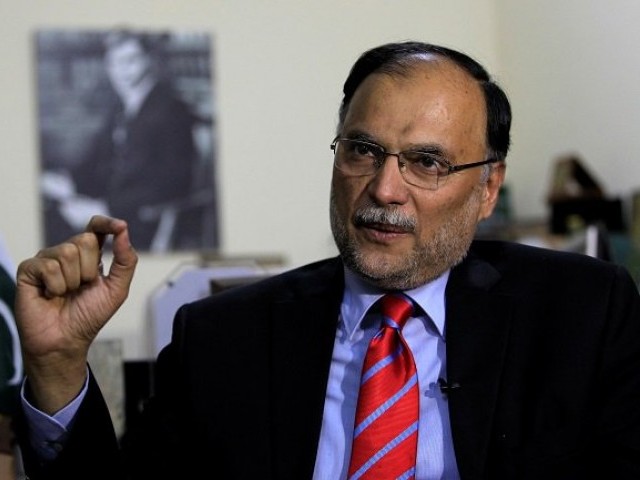 Interior Minister Ahsan Iqbal has praised Rangers’ efforts in reinstating peace in Karachi and purged the metropolitan of scourge of terrorists.

After being given the federal interior minister’s portfolio, Iqbal for the first time visited the Sindh Rangers headquarters in Karachi on Monday where he met Maj-Gen Muhammad Saeed.

According to an official statement, the interior minister was briefed about the progress of ongoing Karachi operation particularly headways in investigation in the murder attempt on Muttahida Qaumi Movement-Pakistan (MQM-P) leader Khawaja Izharul Hassan who came under attack on September 2 – the first day of Eidul Azha.

Iqbal also offered prayers and laid wreath at the memorial of martyrs. Later, he also penned his opinion in the visitor’s book.