Victim­s were on way to Quetta from Afghan­istan
By Mohammad Zafar
Published: September 10, 2017
Tweet Email 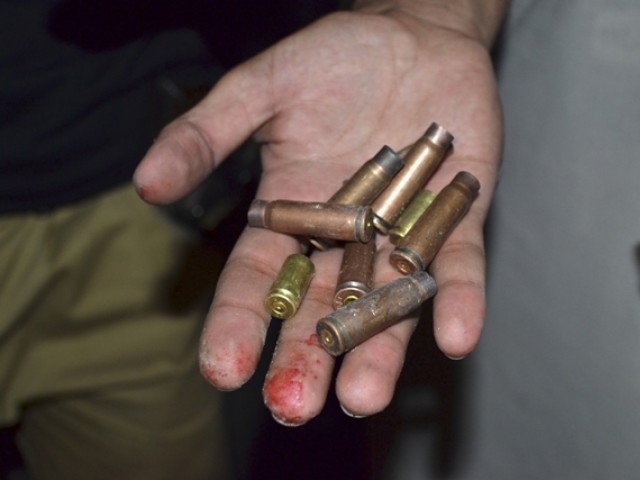 QUETTA: Four people belonging to the Hazara community were killed and two others severely injured in an attack by armed men in the Kuchlak area on Sunday evening.

A 12-year-old boy was among the victims, while two women travelling with them remained unhurt as they were sitting in a vehicle when the attackers opened fire on the men who were standing outside.

According to officials, eight members of the Hazara Shia community were coming to Quetta from Chaman town on the Afghan border. They stopped their vehicle near a petrol station at Jalogir turn on the Quetta-Chaman road to take rest.

In the meantime, two men on a motorcycle appeared at the site and opened indiscriminate fire on them, killing three people on the spot and injuring three others, including the boy.

“Armed motorcyclists targeted six persons of the Hazara community with automatic weapons,” Kuchlak DSP Tanvir Shah said, adding that the attackers sped away after the firing.

Police and levies personnel arrived after receiving information about the incident and brought the bodies and the injured to the Civil Hospital in Quetta.

The boy succumbed to his injuries in the trauma centre of the hospital.

“The armed suspects targeted the upper parts of all the victims in the firing and they all suffered multiple bullet injuries,” hospital sources said, adding that the two injured, whose condition was stated to be serious, had been sent to the Combined Military Hospital.

A senior police officer said that the eight members of the Hazara community had come to Chaman from Afghanistan in the afternoon.

He identified three victims as Muhammad Mehdi, Yazdan Khan and Ghulam Hussain. The name of the deceased boy could not be ascertained. Muhammad Ismail and Abdul Wakil were injured.

The security forces launched a search operation in Kuchlak and adjoining areas after the incident to trace the attackers.

Balochistan Chief Minister Sanaullah Zehri condemned the terrorist attack. He issued directives that all resources should be utilised to arrest the culprits and bring them to justice.