Actor speaks about her strugg­le to make it into the Hollyw­ood indust­ry
By IANS
Published: September 7, 2017
Tweet Email 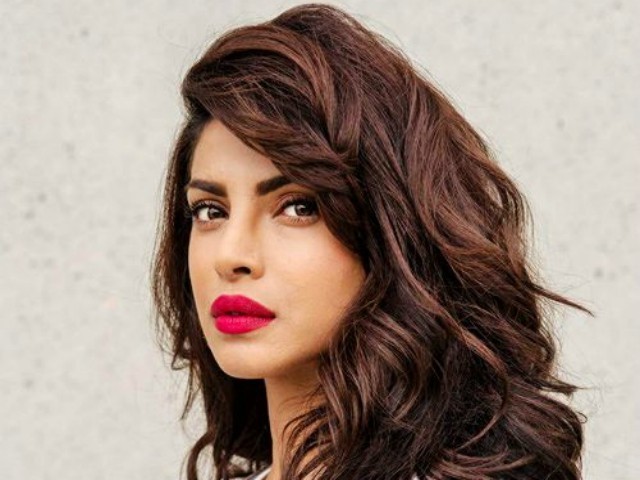 Indian actor Priyanka Chopra, who is pursuing an active career in American showbiz, says she was once asked not to join a project’s cast because of her ethnic looks. But when the chance to work in the US came her way, she saw it as an opportunity to pave the way for others like her.

“When the opportunity came my way, I saw it as an opportunity to break the ceiling for actors that look like me… Once I was asked not to be a part of a cast because I was too ethnic… I didn’t realise how hard it was until I came to North America,” Priyanka said on Wednesday evening.

The former beauty queen, a #ShareHerJourney ambassador, was the guest at the TIFF Soiree organised by Toronto International Film Festival. She was in conversation with festival artistic director Cameron Bailey and spoke about her career as a Bollywood icon, before foraying into Hollywood with TV series Quantico and film Baywatch, and her involvement with philanthropic works as Unicef Goodwill ambassor.

Snippets from the conversation were put out by the official Twitter handle of TIFF.

“My role in Quantico was not written for an Indian girl,” she said, also adding: “I’ve had people take away films from me because I might not have agreed with them.”

TIFF Soiree is an annual fundraiser that kicks off the festival, which is now in its 42nd year. The proceeds from the event will go towards Share Her Journey, TIFF’s new campaign to increase participation, skills and opportunities for women behind and in front of the camera.

“It’s not easy – when you come into entertainment being a woman. You’ve got to pull your socks up for a fight,” Priyanka told Canadian Broadcasting Corporation (CBC) on the red carpet.

“No one’s going to hand it out to you, whether it’s credit, whether it’s parts, whether it is the ability to make movies,” she said, pointing to Wonder Woman director Patty Jenkins, the first female director for a studio superhero movie.

“You can understand how hard and few and far between these opportunities are. But it’s got to take people like us to stand out there, dig our heels in and say we’re not going to stand for it anymore,” said the National Award winning actress, who even took home the People’s Choice Award in 2016 for her role in Quantico.