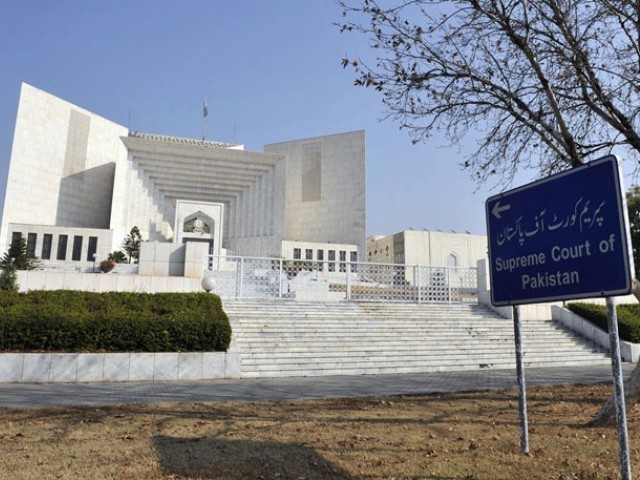 Justice Qazi Faez Isa asked why the trial of accused could not be completed so far. He added that DG NAB should be included as the co accused. PHOTO: AFP

ISLAMABAD: The top court expressed its dissatisfaction on Wednesday over the performance of National Accountability Bureau (NAB) Balochistan DG Irfan Mangi who was among the members of the Joint Investigation Team (JIT) in the Panamagate case.

The three-judge bench of the Supreme Court, headed by Justice Dost Muhammad Khan, has also granted bail to former Balochistan food minister Asfandyar Kakar who had been arrested by the watchdog on the charges of corruption.

The bench observed that NAB has become a facilitator in corruption.

The apex court observed that they can not take action against the DG NAB owing to the July 28 verdict wherein the court directed that no adverse action could be taken against JIT members.

Justice Qazi Faez Isa asked why the trial of accused could not be completed so far. He added that Irfan Mangi should be included as the co-accused.

Cases against Sharifs: NAB likely to decide on references this week

Previously, unconfirmed reports swirled about the anti-graft watchdog having rejected a recommendation to freeze the accounts of the Sharif family and bar them from leaving the country, it can be confirmed that a decision on filing references against them will be taken this week.

NAB must decide on filing references against ousted premier Nawaz Sharif, his sons Hassan and Hussain Nawaz, and Finance Minister Ishaq Dar before September 8 if it is to abide by the Supreme Court’s six-week deadline in the July 28 Panama Papers case judgement.