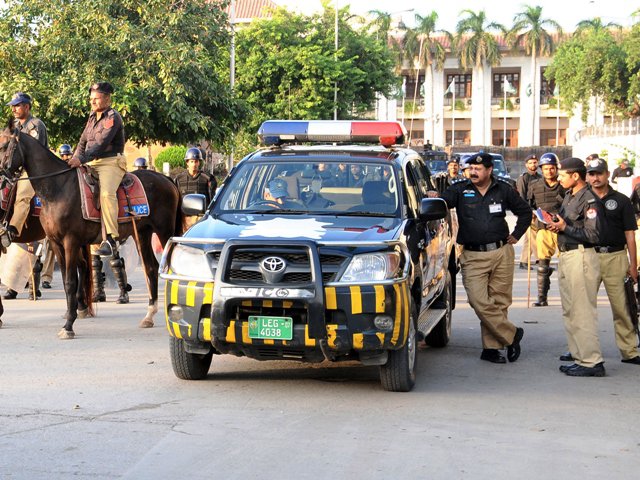 FAISALABAD: Gojra City Police have arrested an assistant commissioner on the charges of ‘committing obscene act’ in a car with a young girl and arrested both of them on Thursday.

Station House Officer Rana Abdul Ghafoor of Police Station City Gojra, told The Express Tribune on Friday that the case has been registered under section 294 of the Pakistan Penal Code vide FIR 576/17 on the complaint of Assistant Sub-Inspector Ashiq Ali.

The complainant said in his complaint that he was on patrolling duty in the jurisdiction of Police Sation City Gojra when he received a tip-off that a man was busy kissing a young girl (A) alongside Pansar Bypass in a car bearing registration No 5199 LEB (Toyota GLI). “On this information, I immediately rushed towards the scene along with my police constables and found the man in compromising position with a girl,” Ali said.

“Both were taken into custody for having committed ‘offence of public annoyance as they were involved in an obscene act’,” the complainant added.

ASI Ali told The Express Tribune that both the accused were formally challaned as they were found guilty of the offence as envisages under Section 294 PPC and were presented before the area Judicial Magistrates for sending on Judicial Remand. The court agreed with the police plea and granted judicial remand, however, subsequently, ordered them to be released on bail as the offence was bailable.

He further claimed that the timely action of the police has also saved both the accused as some local people had gathered around them and demanded punishing them on the spot publically for committing unethical act.

Eyewitnesses said Syed Tanveer Murtaza, who has served a month ago as an assistant commissioner in Gojra City and has been made OSD in Lahore entered an abandoned house located in Hussaina Colony, adjacent to Pansara Road Bypass. Suspecting some foul play, a number of villagers encircled the house and forced both of them to come out.

Some villagers thrashed the former assistant commissioner Gujra City while in the meantime a police party reached the spot and arrested the accused. The local people said the girl belonged to a colony nearby and both have illicit relations.

According to the eyewitnesses, despite finding them in compromising position, police registered a case of only minor offence due to the pressure of the accused assistant commissioner.

Accused Tanveer Murtaza, however, while talking to The Express Tribune, denied the allegations of committing any offence and said he served the area as an assistant commissioner and certain groups were against him on various actions taken by him and concocted a story of his relationship with the daughter of his friend.

“We just went to see a house, rest of the events are false and rubbish,” he said. He, however, praised the police for timely reaching at the scene and saved them from, what he termed the group of his enemies, who were bent upon humiliating him publicly for taking revenge.

Animal prices see a steep decline on eve of Eid