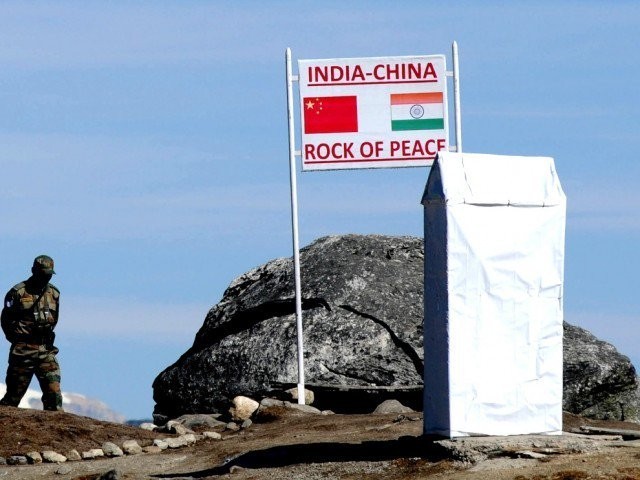 Will India commit another 'Himalayan blunder' like it did in 1962?. PHOTO: AFP

Will India commit another “Himalayan blunder” like it did in 1962? A potential clash between nuclear-armed China and India has been brewing for months in Doklam, a remote area of the Himalayas, on the China-Bhutan border. As in 1962, India moved its troops into this disputed area with the same arrogance and reckless disdain for Chinese claims, forcing Beijing to “teach India a lesson”. Is history about to be repeated in this latest China-India standoff?

In a temporary reprieve, both sides announced on 28 August, an agreement to “disengage”, with India pulling back its troops. This “face-saving” understanding, however, does not resolve their dispute which will continue to simmer and may boil over at any time.

The irony is that in this instance, the dispute is not even with India — it is between China and Bhutan, which they have been trying to resolve through dialogue, a process that reportedly was near amicable settlement. But, citing a potential threat to its “chicken-neck”, the area that connects mainland India with its northeastern States, India moved its troops within a few meters of Chinese positions where China is constructing a road on its side of the border. Following the recent agreement on disengagement these troops have been pulled back. However, the verbal exchanges between the two sides continue to be increasingly bellicose and even a small incident can spark off a conflict.

This standoff needs to be perceived in its geo-strategic context. At the heart of the problem is India’s long-standing ambition of becoming a global power or at least a regional hegemon. Though having struggled against British imperialism to gain independence at home, successive Indian leaders have persisted with the same British imperialist policies externally. This “awakened giant” in pursuing its “tryst with destiny”, to quote Prime Minister Jahawarlal Nehru, has ended up with hostility towards virtually all its neighbours. It has occupied Kashmir and Sikkim, gone to war with Pakistan and China, promoted separatism in East Pakistan and Sri Lanka and has effectively occupied Bhutan as well as parts of Nepal. The Indira Gandhi doctrine, like America’s Monroe doctrine, is also an imperialist construct that controls the foreign relations and domestic policies of its smaller neighbours. While India has lingering territorial disputes with Pakistan, China, Nepal and Bangladesh, by contrast, China has peacefully resolved colonial era differences with neighbouring Pakistan and Nepal, but, despite trying for 70 years, not with India. This fact speaks for itself.

The increasing post-Cold War rivalry between a declining America and a rising China has prompted the US to build up India as a counter-weight to contain China as part of its “pivot to Asia” strategy. This has further emboldened India to chart an aggressive course in the region, especially against Pakistan and China. With American encouragement and material assistance, India has been strengthening its conventional and strategic forces, which include nuclear-capable long-range missiles, a ballistic missile defence system, a blue water navy with nuclear-powered submarines armed with nuclear weapons and is pursuing the capability of fighting wars with China and Pakistan simultaneously, as claimed by Indian army chief General Rawat.

With its nuclearisation of the Indian Ocean, India has become a key part of American-Japanese efforts to threaten Chinese shipping in the crucial Malacca Straits apart from challenging Chinese claims in the South China Sea. With American instigation, India has also entered into strategic partnerships with Australia and Vietnam, countries that are part of Washington’s anti-China orbit. It has also opposed the China-Pakistan Economic Corridor on the spurious grounds that it traverses through “Indian territory”. For this reason, it did not attend the One Belt, One Road summit in Beijing recently. India has also become more blatant in provoking China over Tibet by giving a greater profile to the Dalai Lama, who for decades has been based in India. Thrusting itself into a colonial era territorial dispute between China and a third country like Bhutan, is the latest Indian move to challenge Beijing. No doubt Washington will be pleased with its surrogate’s China baiting.

But India is playing with fire. It is one thing to jump on the American band-wagon against China to benefit from Washington’s consequent largesse. It is quite another ball-game altogether to directly provoke China. This is not the China of 1962 which was weaker and isolated. Today China is an economic and military power with a global outreach. If the China of the ‘60s could give India a drubbing that shook its very foundations, today’s China is a much more formidable force, a juggernaut that India will not be able to withstand.

Indians would also do well to remember that America has always been an unreliable ally. It will make the right noises but not put itself in harm’s way. The examples of Georgia and Ukraine are clear enough. Having encouraged resistance to Russia in these countries, Washington did not come to their aid when Moscow pushed back militarily. It would be wise, therefore, for India not to push China too far, otherwise it will be caught high and dry.

India would be better advised to temper its ambitions and seek negotiated solutions to its disputes with China and other neighbours, including Pakistan. Seeking hegemony over nuclear-weapon powers, is a fool’s errand.

From a strategic perspective, this China-India stand-off is symptomatic of the wider impact that the Indo-US strategic partnership has had on South Asia. With American backing, India is becoming increasingly aggressive and bellicose even with larger neighbours like China. Not surprisingly, it is also on a collision course with Pakistan. The dialogue option with both countries to resolve disputes has been virtually abandoned by the Modi government. Washington bears much of the responsibility for these dangerous trends in a neighbourhood that includes three nuclear-weapon states. The US needs to act with greater responsibility and restrain its Indian client. But President Trump has handed a blank cheque to Modi in Asia. Such is the American desperation to contain China.

Why not an Af-Pak wall, Mr President?