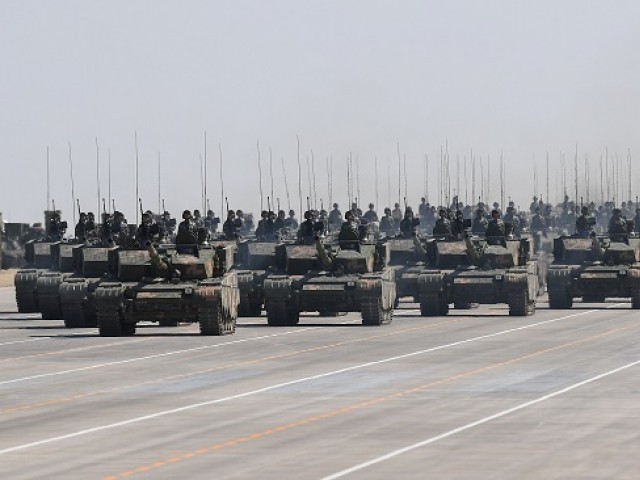 China is preparing to initiate a ‘limited war’ to push the Indian soldiers out of the disputed Doklam area, an article published in China’s state newspaper Global Times has claimed.

The tension between China and India started in June when Indian soldiers entered Doklam area situated between Bhutan and China and they stopped Chinese soldiers from building a road there.

Both, China and Bhutan lay claim to the area. Indian army entered the area on the request of Bhutan and a standoff between the two armies has been continuing since.

‘Chance of war’ between nuclear-armed China and India

Global Times article, quoting a researcher Hu Xi Yong from Shanghai Academy of Social Sciences, said that the standoff between the forces of the two countries would not last long as China’s limited military action could start within two weeks.

This article is published at a time when India’s External Affairs Minister Shushma Suwraj told parliament that the clash between the two countries would not solve the problem and dialogue was the only way. She said China was playing an important role in the economic development of her country.

Global Times said India has challenged a country much more powerful than her. “Perhaps India is blinded by her regional hegemony and comments of the Western media, and has started believing that it can behave with a country like China in a way she is dealing with countries in South Asia.”

China releases evidence of Indian army’s ‘transgression’ into its territory

The paper said the People’s Liberation Army had been moving for the last one month. “We hope that the Chinese army has done its preparation for a military clash.”

It said the Modi government was violating international laws and was putting India’s national honour and peaceful continuation of progress in jeopardy.

“He [Modi] should be aware of the great might of the Chines army and its arms and ammunition. Indian army has no comparison as long as the Chinese army is concerned.”