'Chance of war' between nuclear-armed China and India

'Chance of war' between nuclear-armed China and India

The two neighb­ours' troops have lined up 'eyebal­l to eyebal­l' in recent days
By News Desk
Published: July 17, 2017
Tweet Email 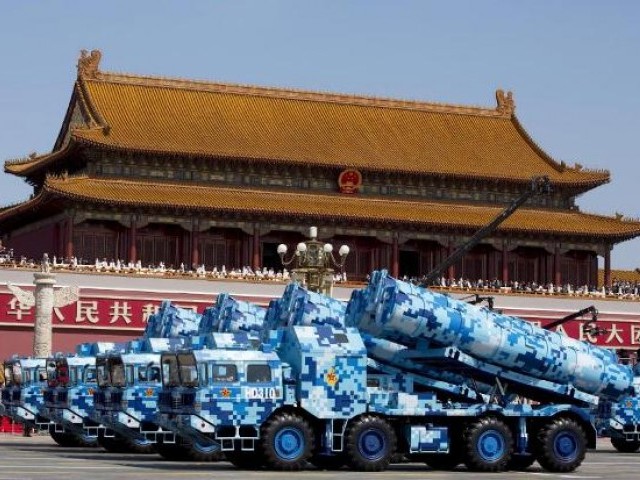 Military vehicles carry cruise missiles during a military parade to commemorate the end of World War II in Beijing. Reuters

China and India are clashing over a remote Himalayan territory which could spark a devastating nuclear war.

Since mid-June, Chinese and Indian soldiers have lined up “eyeball to eyeball” on the remote Doklam plateau. In recent days, more troops have been sent to the frontline.

Currently it’s a nonlethal battle of platitudes at high altitude, but experts in China have warned, “there could be a chance of war”.

And that’s not a great prospect, given India is thought to have more than 100 nuclear tipped missiles while China’s warheads could total more than 250.

The flashpoint between the two seems mundane – the building of a new road on the Chinese controlled, but disputed, plateau.

China tells India to withdraw its troops from Chinese territory

There is now said to be “complete stalemate” in the confrontation.

China and India have regularly come to blows on their 4000km long and infuriatingly ill-defined border.

Remote and treacherous, few people live in these disrupted areas.

But any moves to tame them such as, say, through the building of a road to make access easier, immediately risks a conflict.

The current anger kicked off in an area close to what India calls the “chicken neck” — a thin stretch of land that is the only direct link to country’s isolated north east. 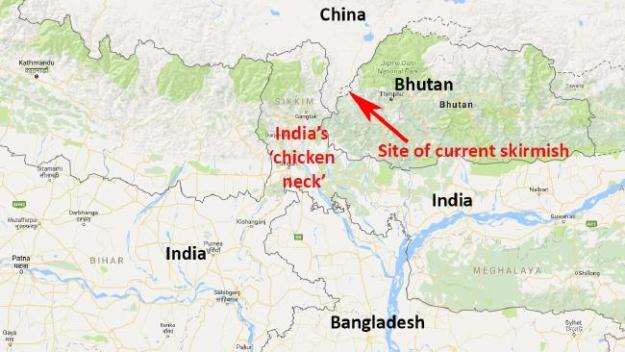 Directly to the north is China, peering down from the mountains, covetous for some of the land it overlooks.

In early June, China commenced construction of a new road leading to the Doklam plateau, a disputed area it currently administers.

It is close to the chicken neck at the so-called “tri junction” where its frontier meets both India and the tiny mountain kingdom of Bhutan.

China accuses Indian troops stationed in Bhutan – which only has a small army and relies militarily on India – from straying across the frontier to prevent the road’s construction.

But, Bhutan says it is the rightful owner of the plateau.

While Bhutan is part of the fight, the real battle of wills is between China and India which cite different treaties to back up their various claims to land along the frontier. 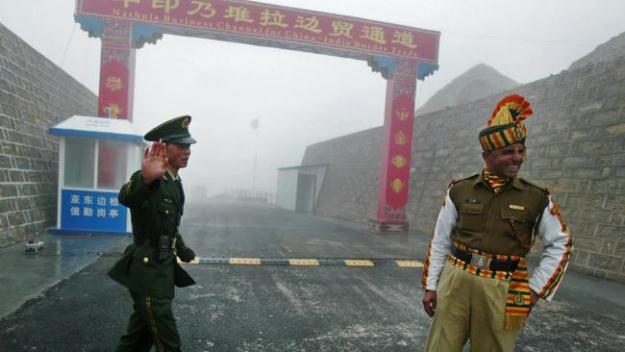 A Chinese and Indian soldier at the Nathu La border crossing between India and China in India’s northeastern Sikkim state. PHOTO: AFP

And these are no mere scraps of mountain here and there.

On Tuesday, The Times of India said around 300-400 Indian troops were “eyeball to eyeball” with China in a “non-aggressive confrontation” but thousands more soldiers from both sides are close by.

China releases evidence of Indian army’s ‘transgression’ into its territory

A further 2500 Indian troops has now been stationed in India’s Sikkim province, the province next to the tri point.

The Indian External Affairs Ministry has justified the build up, saying a 2012 agreement meant the frontier at the tri-junction would be finalised between the three countries. 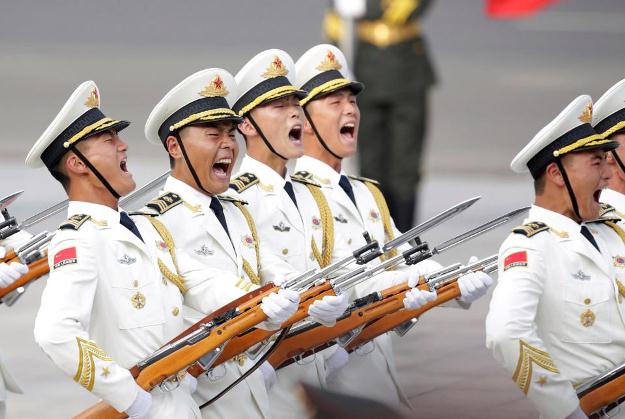 Chinese troops march during an event outside the Great Hall of the People in Beijing. PHOTO: Reuters

Any attempt to unilaterally determine the tri-junction points is a “violation of this understanding”, the statement said, reported the Hindustan Times.

Last week, China’s ambassador to New Delhi, Luo Zhaohui, said the situation was “grave” and Indian troops should “unconditionally pull back to the Indian side.” 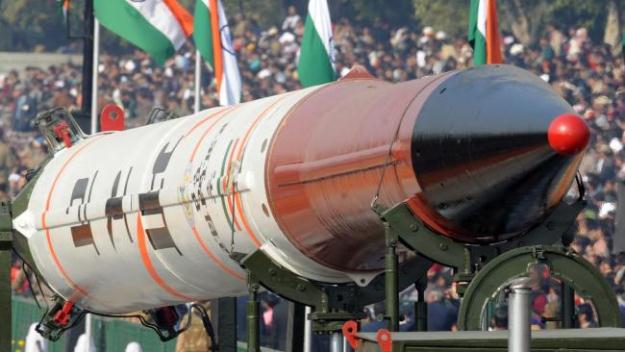 An Indian Agni-IV missile which is capable of delivering a one-tonne nuclear warhead anywhere in China. PHOTO: AFP

Meanwhile, China has built its first foreign military base in Djibouti, in the horn of Africa, giving it  strategic access to the Red Sea and the Indian Ocean, reports Fox News.

The emerging Asian superpower is also forging a closer alliance with India’s long-time foe and neighbour Pakistan and is planning to build a military base in the country, reports The Guardian.

This article originally appeared on news.com.au.