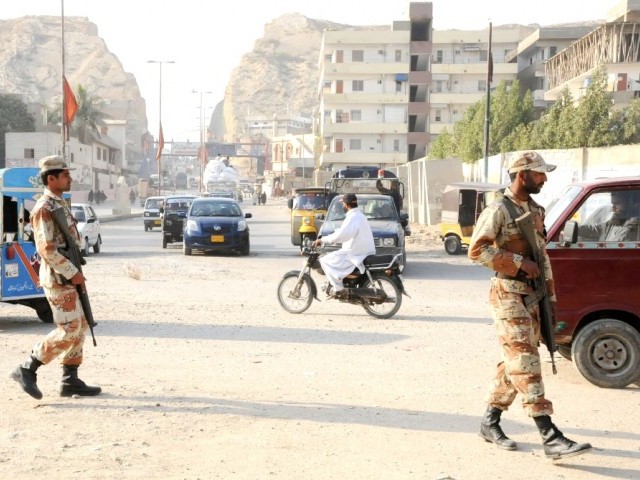 Target killings not by activists of political parties, but by the people residing in the neighborhoods. PHOTO: Irfan Ali

Orangi town. The name of this neighborhood is associated with ethnic strife, crime and target killing. Over the years, the million plus lower-middle class inhabitants of this area have witnessed political, ethnic and sectarian violence alike.

These days, however, a totally different kind of target-killing is being observed in Orangi.

The Superintendent Police of Orangi, Khurram Waris, says that at least a dozen murder cases have surfaced, where victims hailing from Khyber-Pakhtunkhwa were being shot dead not by activists of political parties, but by the people residing in the neighborhoods themselves.

Orangi houses people from all ethnic backgrounds, including Mohajirs, Beharis and Punjabis. However, the town saw a huge surge in its Pashtun population when people from the northern areas fled their homes after the Taliban took over.

“Thousands from Swat poured into Karachi and settled in Orangi,” says Waris.

But when the Pakistan Army began pounding the militant hideouts in the north and successfully took over lost territory, another kind of refugee started to flee to the city. Extremists and militants, many affiliated with the Tehrik-i-Taliban Pakistan, sought safe havens in Karachi. Some of them settled in Orangi town.

“When the people who fled because of the Taliban came face to face with the same extremists who had forced them from their homes, they felt they had no option but to kill them off,” Waris said.

Member of National Assembly Muzaferul Mulk who won the elections on the ANP ticket from Swat says the reaction one now sees in Karachi is only ‘natural’. “When the Taliban took over our hometowns, many people who didn’t side with the extremists couldn’t do anything when their houses were burnt down,” says Mulk. “But now the tables have turned and this time, no matter where the Taliban go — whether it is Karachi or any other city — the people won’t

leave them alive if they get their hands on them.”

When asked whether people who were forced to leave their homes in the north because of the extremists feared repercussions from law enforcers for settling scores and murdering militants in Karachi, Mulk said that it was a matter of tribal codes and honour. “Taking revenge is part of the culture. And why wouldn’t it be? How can anyone let any criminal who has murdered their brothers or father live?”

Strangely enough, the situation seems to suit the law enforcement agencies and security services operating in Karachi who see the backlash as an opportunity to get rid of some, if not all, potentially dangerous and armed extremists. This supposition is strengthened by the fact that in almost all of the dozen murder cases cited by the police officer in Orangi, the First Information Report for such target killings always only mention ‘unknown’ killers.