Police yet to arrest driver who ran over woman at Seaview

Police yet to arrest driver who ran over woman at Seaview 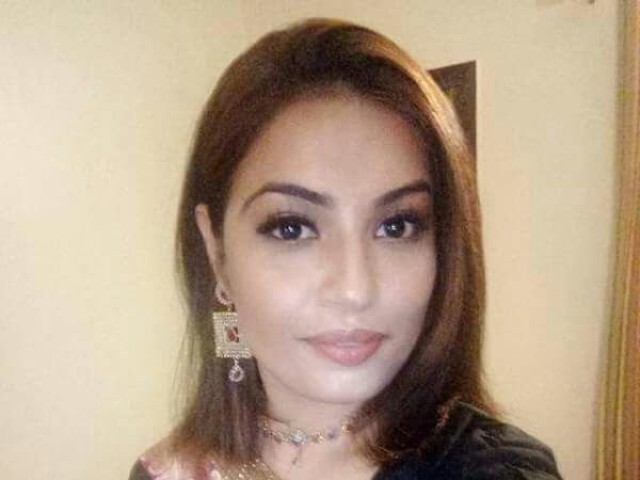 KARACHI: Despite the passage of a couple of days after the killing of a mother of three children in a hit-and-run case at Seaview, the police have yet to arrest the driver responsible for the accident.

A woman, who was later identified as Sana Khurram, 32, wife of Ali Khurram Pasha, had lost her life in a road accident near Sea View Apartments late Friday night. However, the family identified her on Saturday night at a morgue after the news spread through social media.

The police officials claimed that they were looking for the driver responsible for the accident. “We are waiting for the family to register a case so that we can transfer the case to our investigation wing to arrest the driver,” said Darakhshan police Post Incharge Khamiso Khan. The police have identified the owner of the car, who hails from Thatta, he claimed. The officer rejected the rumors that the woman had left her house for committing suicide over a family dispute. “It was a 100% accident case while all are rumours,” the officer declared.

According to the deceased’s family, Sana had gone out of the house for a routine walk when the accident took place. “The accident took place when my daughter left home for a walk,” Javed Pasha, the deceased’s father, told The Express Tribune. He was hopeful that the police will soon arrest the perpetrator. “The owner of the car has been traced and the police will arrest him soon,” he said.

There were some eye-witnesses, who saw the driver fleeing the site and the victim breathing her last. Aqib Baloch was one of them. He narrated the story through social media.

“I was on my way to pick my brother up from Seaview Apartments. I took the main Seaview route, which is partially dark at night due to bad street lights. When I came near Chunky Monkey, I saw a woman with her phone in [her] hand and earphones on, who seemed to be was on her way home after jogging on the sea front. As she reached the middle of the road, suddenly a white Toyota Corolla passed me accelerating at a speed of [70 kilometre per hour] to 80kph,” Baloch posted on the social media. 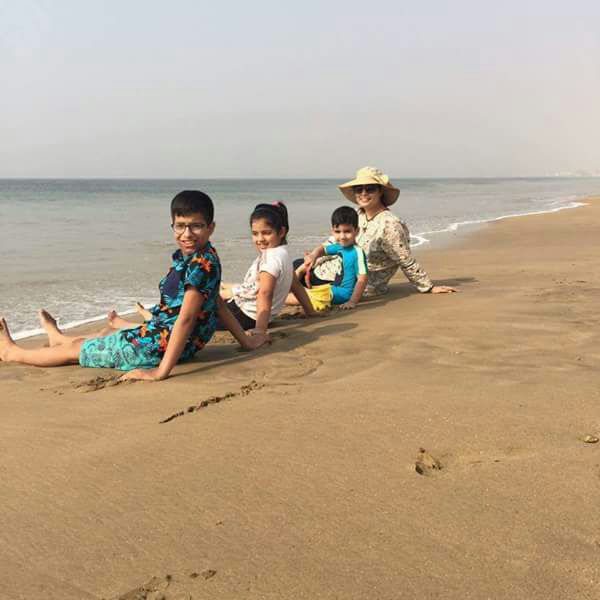 A photo of Sana with her children. PHOTO: COURTESY SANA’S FAMILY

“Due to earphones, she couldn’t notice the horns and headed towards the service lane slowly. When she noticed the car heading towards her, with no time to react, [she] got stunned in the middle of the road and stood straight in her place. On the other hand, the person driving the car made no effort to save that poor soul and ran over her. As soon as [he] ran over that woman, he did not stop for a second and ran away from the scene,” Baloch claimed.

Speaking to The Express Tribune, Baloch said as this all happened within five to 10 seconds, he went into a state of shock for a while as he had not witnessed such an accident before. “When I stopped my car, the first thing that came into my mind was to cover her body up and call the ambulance.”

“People nearby rushed to help. Cars and motorcycles stopped to provide a helping hand and the police from the nearest police station came to have a look. A couple shouted in the middle ‘try to call her relatives for identification’. Interestingly, her mobile phone had also been stolen by someone in the crowd,” narrated Baloch. He further reported that a couple from the crowd took her to the nearest private hospital in Defence where she was pronounced dead.

The body was later shifted to the Jinnah Postgraduate Medical Centre (JPMC) where the post-mortem was performed on Saturday due to the unavailability of the lady medico-legal officer (MLO) on Friday.

When contacted, JPMC Executive Director Dr Seemin Jamali clarified that there is a massive shortage of lady MLOs in the hospital. “We have only one lady MLO,” she admitted. “We have also asked the health secretary to provide us with at least 10 lady MLOs,” she said.