“I woke up one mornin­g to find out my career was over,” says a very frustr­ated Tahir Zain. He runs Folkhu­t, an...
By Faria Syed
Published: May 21, 2010
Tweet Email 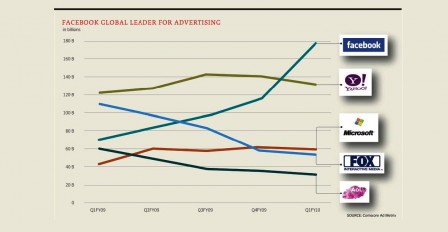 Companies afraid of being on the wrong side of Facebook debate.

KARACHI: “I woke up one morning to find out my career was over,” says a very frustrated Tahir Zain. He runs Folkhut, an e-business which 100 people benefit from usually makes a projected profit of Rs60,000 every day.

However, profits have fallen to nil since the ban on popular social networking site Facebook. Zain, like many new entrepreneurs in Pakistan, had exclusively focused on social media marketing because it was convenient and affordable. “I was planning to open retail outlets all over the world,” he says, “Now I am an untouchable.

Who wants to do business with anyone associated with blasphemy?” He is one of many to be affected. According to social media marketing pioneer Shahjahan Chaudhary, there are at least 500 companies in Pakistan with a Facebook presence. “Smaller local companies have the most to lose from the ban,” he says. “Brands like H Karim Buksh, Hassan Shehryar Yasin, Ego, Bling, Hina Khan, Gunsmoke and Daman rely on the site for advertising.” While he was unable to quantify the loss that Pakistani businesses would face during the days without Facebook he estimated it could cross into millions. “If you inform 45,000 fans about a Rs1,000 product and 4,000 of them buy it that means Rs40,000 in profits.

But if you cannot inform them then there are no profits to be made.” Fan pages are one of two ways for companies to market themselves on Facebook. Starbucks, for example, has one of the most highly valued fan pages. The Starbucks page is currently valued at more than $20 million in annual worth to the company.

Owner of fashion retail chain Labels, Zahir Rahimtoola, says without their fan page, customers will not be informed about at least three upcoming events. “I am ready to make sacrifices,” he says “but if the ban continues we may have to explore more conventional marketing techniques that are less cost-effective.” The cost for placing an ad on Facebook is negligible, according to Afzal Hussain, regional director business for Pirana. While a standard ad in most Pakistani websites can cost Rs10,000 to Rs35,000, an ad on Facebook costs 3 to 10 cents.

The website launched its ad system in 2007 as a way for businesses to target advertising to the exact audiences they want to reach. The policy was recently revised reducing the number of clicks received by cost per click (CPC) advertising campaigns. The guideline for costs per thousand impression (CPM) campaigns remains unchanged. Affordable and accessible, Hussain says Facebook was finally emerging as a new marketing tool for businesses.

With two million active users in Pakistan, he says, everyone wanted a piece of the pie. But now, only two days in to the ban and companies have been forced to review their advertising strategies. “Companies are rethinking their approach to social media. They don’t want to do anything too bold, flashy or in-your-face.” Besides this conservative uturn, he says, some companies have simply put the brakes on plans for social media marketing projects until the blasphemy debate cools as they are concerned about their image.

With no access to Facebook companies have not only lost access to their markets in Pakistan, says Chaudhary but to those all over the world. “We have not banned Facebook in Pakistan,” he says “but banned ourselves from the rest of the world.”

Only 20% areas explored for oil and gas