Lawyer­s accuse­d of contem­pt of court to appear before full bench on Monday­
By Our Correspondent
Published: August 20, 2017
Tweet Email 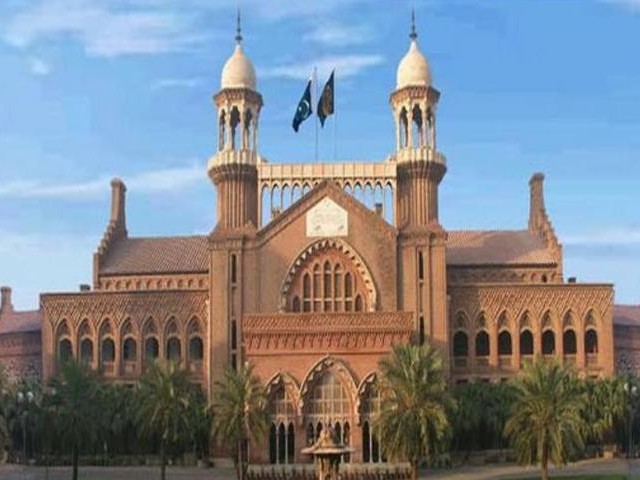 Lawyers accused of contempt of court to appear before full bench on Monday. PHOTO: EXPRESS / FILE

According to a reliable source, Rangers will be deployed at LHC to any avoid untoward incident and routes leading to the court room of the LHC chief justice will be sealed.

On Saturday, August 19, representatives of the Pakistan Bar Council also expressed grave concern over the stalemate arising out of the “unfortunate” act outside the courtroom Justice Muhammad Qasim Khan at the Lahore High Court Multan Bench. A similar incident later occurred in the court of the Lahore High Court chief justice a couple of weeks ago.

The PBC office bearers said such incidents not only tarnished the image of the legal fraternity, but also endangered the dispensation of justice and created a void between the bench and the bar.

PBC Executive Committee Vice Chairman Muhammad Ahsan Bhoon and Chairman Hafeezur Rehman said members of the bar, especially elected representatives, always strived to maintain the rule of law and fight for the independence of the Judiciary. The lawyers agreed that members of the legal fraternity were supposed to demonstrate more responsible and mature behaviour.

The bar members said that at the same time, the judiciary is also expected to acknowledge the contributions and sacrifices of lawyers, while giving them due importance.

They said that as the rift between the bench and the bar was a serious threat to the justice system, the Pakistan Bar Council, being the apex body of lawyers, would urge office bearers of all bars, including the SCBA, to conduct themselves responsibly. The senior members asked that if the legal fraternity boasts that not even the prime minister is above the law, how can it deviate from the major principles of court decorum?

They urged the president of the LHCBA to join judicial proceedings and appear before a full bench of the high court to clear his position. The PBC stressed this was imperative to pay respect to the court, which will serve the larger interest of the legal fraternity and judiciary.

On July 24, LHCBA Multan president Sher Zaman Qureshi, Syed Qaiser Abbas Kazmi and other lawyers had vandalised and ransacked the court of Justice Muhammad Qasim Khan in Multan. They also tore off a plaque with the judge’s name on it.

After the incident, the chief justice withdrew the judges from the Multan Bench of the Lahore High Court by exercising his constitutional powers.

Later, a committee comprising Justice Muhammad Yawar Ali and Justice Ali Akbar Qureshi was formed to provide an opportunity to the bar association to resolve the matter. The LHC registrar office also wrote letters to the Pakistan Bar Council and Punjab Bar Council for a resolution to the dispute. However, nobody came forward to resolve the issue.

On August 2, a group of young lawyers barged into LHC CJ Syed Mansoor Ali Shah’s courtroom and created a hostile situation for the bench holding contempt of court proceedings.

In previous the hearing, the bench, headed by the chief justice, withdrew warrants for lawyers accused of contempt after LHCBA Lahore president Chaudhry Zulfiqar Ali and other senior bar members assured that Qureshi and Kazmi would appear in court.

However, the two lawyers facing contempt of court charges did not appear in court on August 2. Meanwhile, a large group of lawyers, most of them from Multan, registered their protest.

Previously, the representatives of bar associations had assured the bench that the accused lawyers would appear before the court, but they failed to do so. In the latest proceedings, representatives of the Pakistan Bar Council, Punjab Bar Council and LHCBA had assured that the lawyers would appear before the bench on August 21.