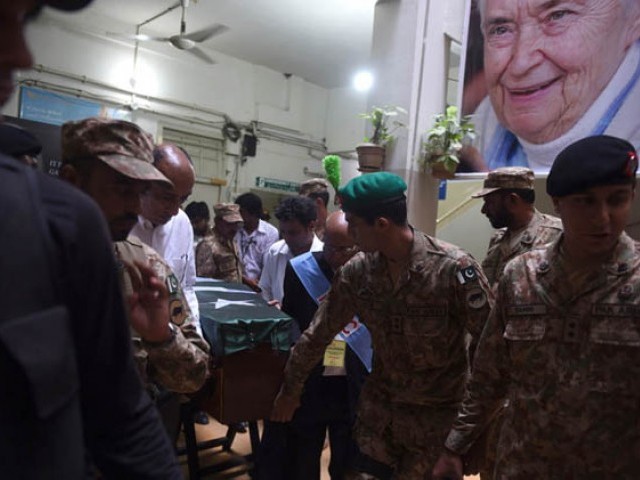 Dr Pfau was a founding member of the Marie Adelaide Leprosy Centre (MALC) and died on August 10 at the age of 87.

The state funeral was in recognition of the German-Pakistani’s services to the country through her treatment of leprosy patients, who are often deemed untouchables in society. Her lifetime of dedication to the cause helped bring new cases down by 97 per cent nationwide.

Leipzig-born Dr Pfau, a nun with the Daughters of the Heart of Mary, arrived in Karachi in 1960. She was en route to India, but had to stop in Karachi due to some issues with her Indian visa.

During her stay, she was introduced to a colony off I.I. Chundrigar Road, formerly McLeod Road, where leprosy patients stayed. On seeing their condition, she decided to stay here, eventually making the country her home, and her final resting place. 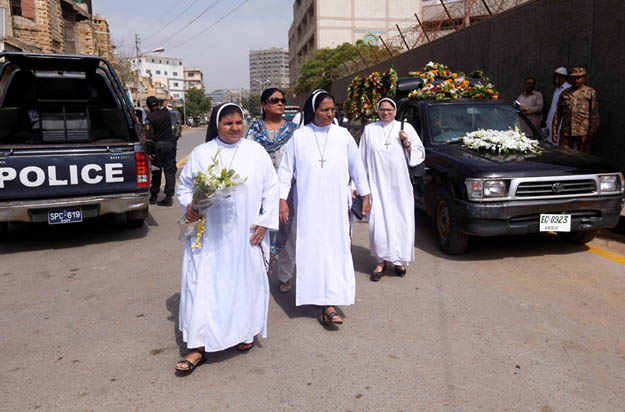 Nuns walk with flowers to attend the funeral of Ruth Pfau. PHOTO: REUTERS

Touchy scenes were observed at MALC, from where her flag-draped casket was taken to St Patrick’s Cathedral by a Pakistan Army convoy. Archbishop of Karachi Joseph Coutss presided over the requiem at the cathedral, after which Dr Pfau’s body was taken to Gora Qabristan for burial.

MALC National Training Coordinator Dr Zafar told The Express Tribune that a number of foreign delegates, Dr Pfau’s students, and even patients had come to Karachi only to participate in the funeral.

She was called amma (mother), by her patients. Fondly dubbed the ‘magical healer’, she helped people from around 50,000 families during her lifetime. Almost all of her patients said her personality healed them more than any medicine. 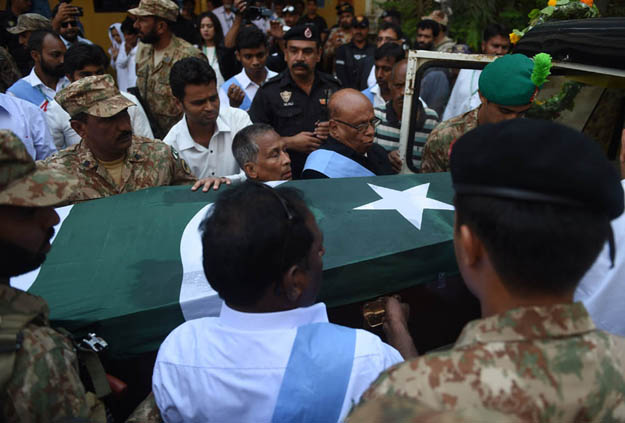 She always stressed that leprosy did not just cause physical symptoms, but psychological ones due to the societal attitude towards people with disfiguring diseases. But she would always say that “Love will always have the last word”. 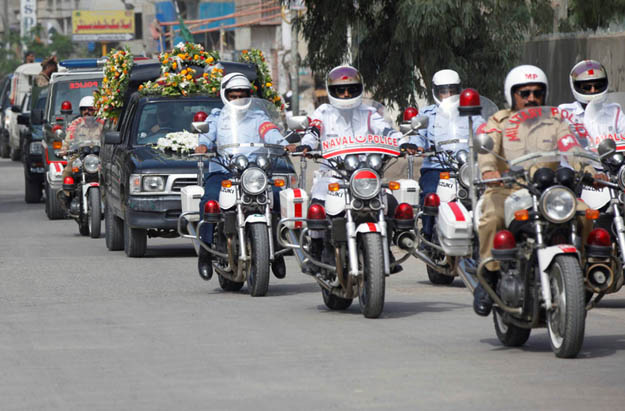