‘I love Pakistan’s people more than its mountains’

‘I love Pakistan’s people more than its mountains’

Mounta­ineer O’Brien says she will like to do someth­ing for the countr­y
By APP
Published: August 16, 2017
Tweet Email 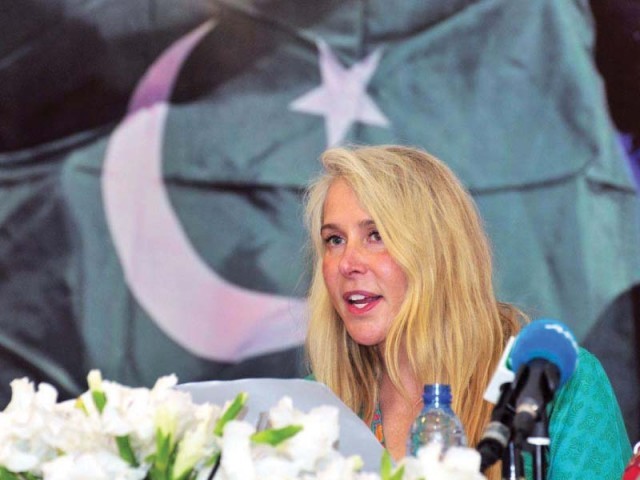 ISLAMABAD: American-British mountaineer, Vanessa O’Brien, who recently scaled K2, said on Tuesday that the warmth and love she received in Pakistan was matchless.

“I love Pakistan’s people more than its mountains,” she said.

O’Brien told media in a news conference at a local hotel here that she had found Pakistani people loving and caring. “I love Pakistan, its people and will like to travel it again,” the 52-year old, who carried flags of both the US and Pakistan atop the mountain said.

O’Brien, who had already ascended Mount Everest and other top peaks around the globe said technically K2 was more difficult peak than Everest. “Less than 400 people have climbed K2 and for every five that summit it, one dies. This compares to Everest where 7,600 people have scaled that mountain.

“As far as women, who have climbed K2, I’m officially the 20th, just a speck compared to Everest’s 489 women,” she said. Vanessa’s K2 team was comprised of climbers from China, Norway, Scotland, Pakistan and Nepal. She appreciated her team members saying, “I’m extremely proud of this team for their dedication, perseverance, bravery and commitment to reach the summit of K2 and to take additional risk.”