Five of a family drown at Hawkesbay beach

Five of a family drown at Hawkesbay beach 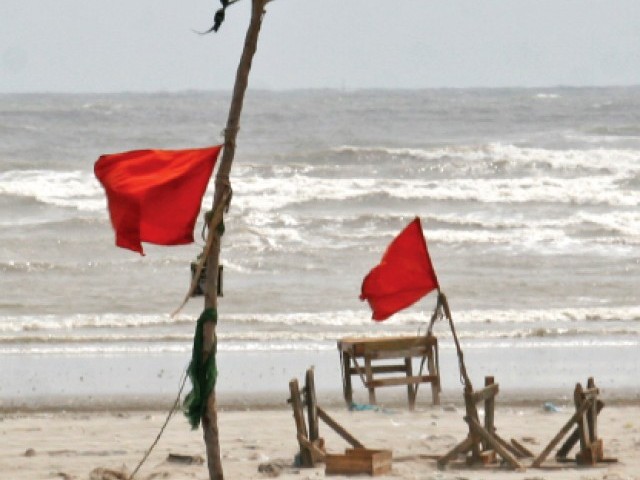 The provincial government had imposed a ban in swimming into the sea but to no avail . PHOTO: ATHAR KHAN

KARACHI: Despite the provincial government having imposed a ban on swimming in the sea, five people from the same family drowned at Hawkesbay beach, Karachi, on Monday while bathing in the sea.

All five bodies were recovered by life guards almost a day after the tragic incident took place. Another person recovered was in an unconscious condition and was immediately shifted to the hospital.

The family, belonging to the New Karachi area of the metropolis, had gone to the beach to celebrate Independence Day when disaster struck.

After medico legal formalities were completed at Civil Hospital Karachi, the bodies were handed over to relatives for burial.

A large number of people throng to Karachi’s beaches during the holidays. Despite several drowning incidents, concerned authorities have yet to take concrete measures to stop such incidents from occurring in the future.

The Sindh Government had imposed a ban on swimming in the sea, however, its implementation becomes impossible when people turn up at beaches in legions.

The students, Muhammad Aijaz Azad, Ali Ahmed Ashfaq, Hamza Siddique and Hamza Zafar, had arrived at the seashore on a beach trip with their school administration when the incident took place, sources said.

Similarly, two years ago on the same date, at least six members of a family had drowned while picnicking at Manora beach.