'The driver has been taken to a south London hospit­al'
By Reuters
Published: August 10, 2017
Tweet Email 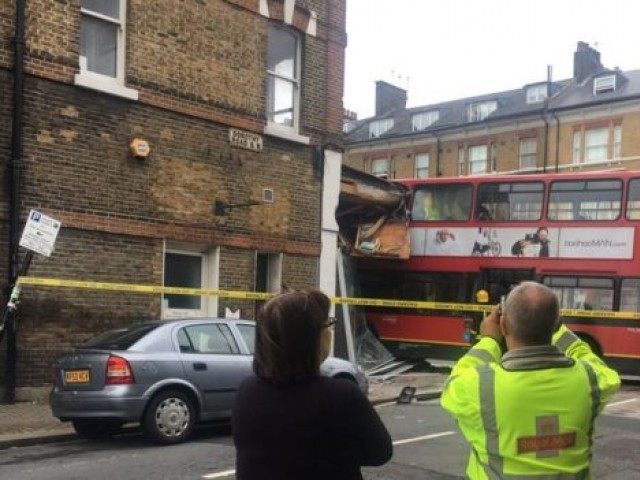 LONDON: A double-decker bus crashed into a building in south London, British police said on Thursday, injuring a number of people and trapping two passengers inside.

The Metropolitan Police said they had been called to reports of a collision on Lavender Hill, near London’s busy Clapham Junction train station.

“The driver has been taken to a south London hospital. A number of passengers were treated by LAS (London Ambulance Service) at the scene,” police said in a statement. “Two passengers remain trapped on the upper deck. The road is currently closed to traffic.”