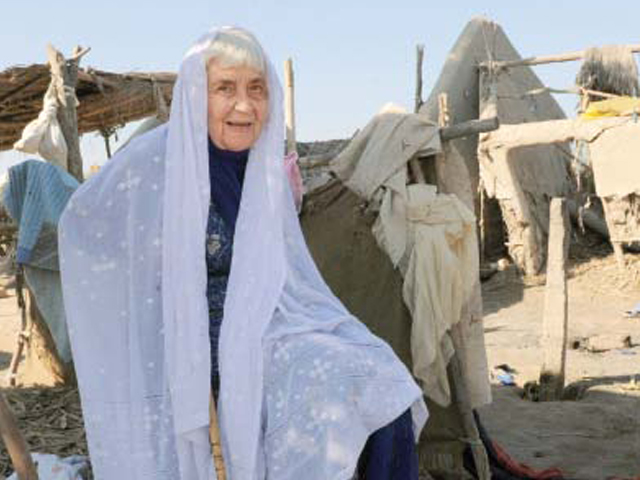 KARACHI: Dr Ruth Pfau, the founder of the National Leprosy Control Programme in Pakistan, is admitted to the Aga Khan Hospital and her condition is deteriorating, The Express Tribune learnt on Wednesday.

A source close to 87-year-old Dr Pfau said she was admitted to the hospital a few days ago suffering from old age complications.

Her condition is not stable and the doctors are not very hopeful, the source added.

Dr Pfau has dedicated her entire life to treating patients in Pakistan. She founded the Marie Adelaide Leprosy Centre in Karachi and in all provinces of Pakistan including Gilgit-Baltistan.

She has treated over 50,000 families since the inception of the centre.

Dr Pfau has been living in Pakistan since 1960 and came to the country when she just 29. When she witnessed the suffering of the country’s leprosy patients she decided to stay here. She is a German nun and a member of the Society of Daughters of the Heart of Mary, who has devoted the last 50 years of her life to fighting leprosy in Pakistan.

She has travelled to various parts of Pakistan to medically facilitate leprosy patients, a journey she said enjoyed tremendously because of the marked difference made in the lives of her patients.

With her efforts, in 1996, the World Health Organisation declared Pakistan one of the first countries in Asia to have controlled leprosy. She was also awarded the Hilal-e-Pakistan in 1989 and Hilal-e-Imtiaz in 1979 by the government of Pakistan. Dr Pfau was also on the front line when Sindh was hit by floods in 2010.