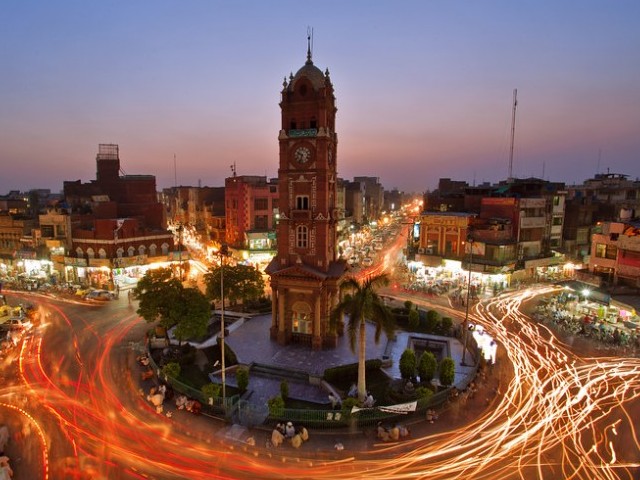 FAISALABAD: In a sudden surge in crimes in Faisalabad and its vicinity, a looting spree continued as robbers and thieves made away with cash and valuables worth millions of rupees besides hijacking several vehicles in 99 strikes across the city during the last 48 hours.

Surprisingly none of the outlaws was arrested neither the police were able to find any clue to the incidents which were formally registered with police. Police admitted that none of the accused involved in such cases were arrested. However, separate cases were registered and investigation was assigned to the respective police officers to arrest the culprits.

Senior police officials, instead of going after the criminals, are blatantly denying the increase in crime. They claim that the incidents are relatively few for a city like Faisalabad.

The actual number of the incidents of crimes is almost double as the police are reluctant to register the cases to cover up the deteriorating law and order situation prevalent in the city. Seeing the surge in criminal activities over the last few weeks, it is expected that the total number of such acts will surpass that of 2016.

During the past 48 hours, the outlaws took away 28 motorcycles, six cars and committed more than 74 other incidents of thefts, robberies, street crimes depriving the citizens of millions of rupees. An atmosphere of fear and insecurity prevails in the city as police have failed to arrested criminals. 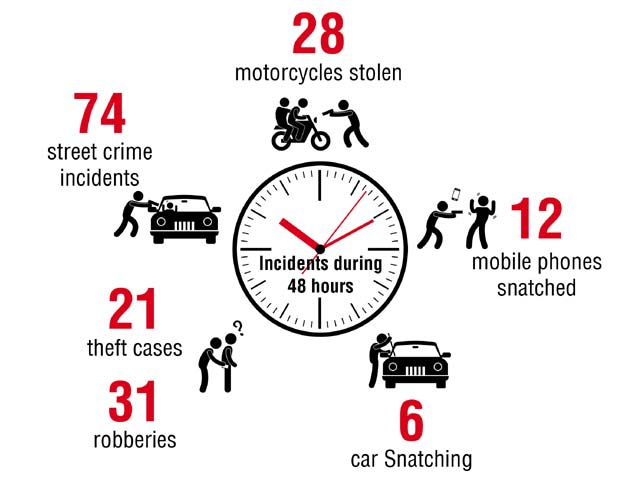 The outlaws have also critically injured two citizens when they resisted a robbery bid. The suspects barged into several houses and fled after looting cash and valuables at gunpoint. In incidents of street crimes, at least 31 citizens were deprived of their cash and valuables.

Earlier, while commenting on the sense of insecurity prevailing in the city, Chaudhary Abdul Majeed, a leading lawyer, told The Express Tribune that the major causes of surge in crimes included lack of police patrolling especially in the rural areas.

“Gone are the days when the police were recording each and every occurrence of crime in true perspective way and not concealing the facts discharging their duties in a transplant manner,” he siad.