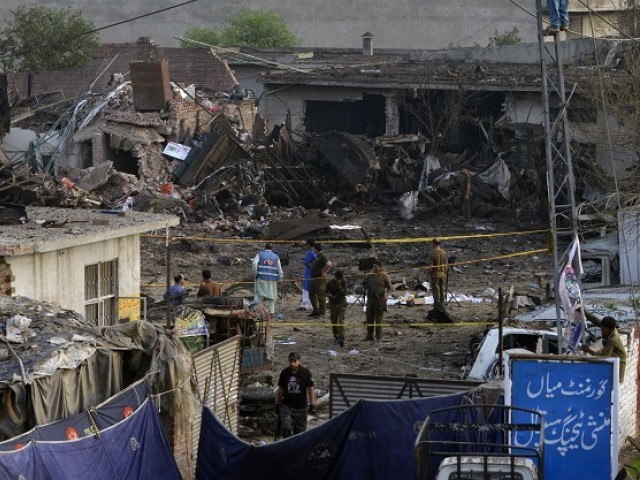 Security officials investigate the site following an overnight bomb explosion placed inside a truck in Lahore on August 8, 2017.

At least four suspects were killed late Monday night during an encounter with officials from the Counter-Terrorism Department in Saggiyan near Lahore.

According to Radio Pakistan, the CTD personnel recovered ammunition and explosives from the terrorists.

Meanwhile, at least one body was found in the debris following the bomb blast yesterday at a parking lot in Band Road.

The blast, which injured 45, occurred at around 8:50 pm. Apart from the injuries, dozens of vehicles were damaged and the roof of a building caved in, while the windows of many buildings in a 500-metre radius of the blast had also shattered.