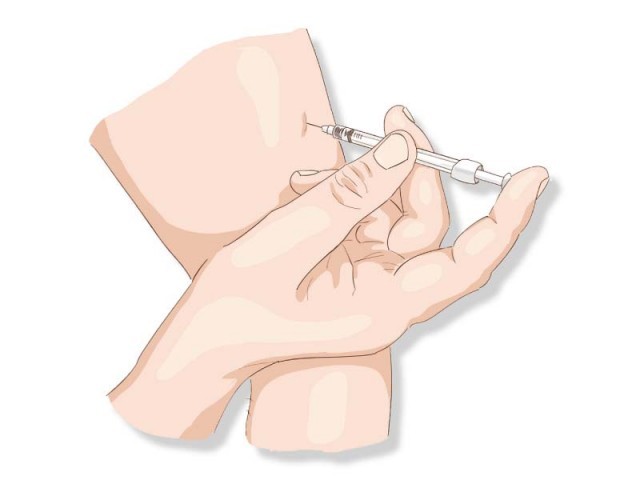 FAISALABAD: Drug addiction in Pakistan continues to be a major concern for society, and the concern grows with every passing year.

As drug addiction ruin lives of those most closely affected, but society at large suffers from addiction’s rippling effects. Drug addiction is a disease that damage addicts, their families, communities, the economy, and society.

With the population of addicts rising and younger average age of addicts, the society is grappling with a grave matter. Drug addiction is no longer limited to the poor and underprivileged; society can no longer choose to look away.

It is a progressive and insidious disease that creeps up on individuals; unfortunately most addicts don’t recognise the problem until addiction has completely taken over. The signs are so subtle and easily overlooked that millions of people today are struggling with addictions and don’t even realise that they are on a dangerously slippery slope.

Due to the apathy and lethargic attitude of government departments, drug dealing in our society has touched its climax and according to a rough estimate, more than 10 million people have suffered from drug addiction in Pakistan, including 0.5 million in Faisalabad only.

Besides, the drug dealers have also established an underground network of drug addiction in educational institutions where the students are invited to test drugs free so they could become addict on permanent basis.

Though, the government has assigned duties of controlling the menace to the Anti-Narcotics Force, Excise and Taxation Department and the local police, yet no one is ready to take practical steps against the drug traffickers.

While speaking to The Express Tribune, Faculty of Social Sciences Cjhairman, University of Agriculture, Faisalabad Professor Dr Ashfaq Mann said, “Drug addiction is one out of such social evils which is sucking blood of our society and after some time, not only the drug addict person becomes irritated and dejected from his life but due to him, his entire family also suffers from severe mental, physical and financial stress.”

“The drug pushers play havoc with the precious lives of human beings just to earn money and make the bright future of the generation dark,” he added.

He maintained, “The callous drug peddlers are not only selling death in the shape of narcotics but they are also uprooting their national entity. A large number of children indulge in such nasty and anti-social activities in their early age which destroy their whole families as well as society and nation.”

He said in various studies that were conducted on the matter, it was observed that drug traffickers serve cigarettes to youngsters and later on, they are given drugs. The rapid change in the society and introduction of new innovation has also facilitated the youngsters to watch torture movies through internet, laptops and mobile phones.

Ashfaq Mann elaborated that after watching such immoral movies and taking inspiration from it they adopt drug addiction and ruin the entire society.

“It is our collective moral and legal duty to pay serious heed to this burning issue and play a dynamic role to save the future builders from indulging in bad habits as well as drug addiction,” he remarked.

Human Rights Activist Naseem Anthony told The Express Tribune that drug dealers are running their businesses with great impunity and ruining the future of the new generation. “They have no fear of the law enforcing agencies and departments as they know that they could bribe them with money. They run their drugs business without fear.” He said, “This is the reason that no worth-mentioning action has so far been taken against the drug peddlers in the country.”

Naseem Anthony added the district police and local administration claimed to have launched vigorous campaigns against drug traffickers but practically they do nothing and the anti-drug drives were only mentioned and limited to paper work.”

The hospital statistics reveal that more than 300 addict persons were brought to the government-run hospitals in Faisalabad during the last three years but these addicts were not treated accordingly in the hospitals.

The government had launched a Drug Bureau Master Control Plan (DBMC) and Rs1,315 million was allocated for the rehabilitation of the addict persons. The government also earmarked Rs127 million for the construction of drug rehabilitation center, whereas Rs1,688 million were released for anti-drug awareness campaigns. But despite allocations and tall claims, not a single drug addict person was rehabilitated during the last five years in Faisalabad.

The  DBMC programme has flopped and the corrupt elements embezzled its funds on massive scale. The irony is that funds worth Rs18 billion, which were donated by donor countries for eradication and rehabilitation of drug addicts, were not utilised.