Priyanka Chopra and niece aced the 'Kaala Chashma' trend and we officially melted!

Priyanka Chopra and niece aced the 'Kaala Chashma' trend and we officially melted! 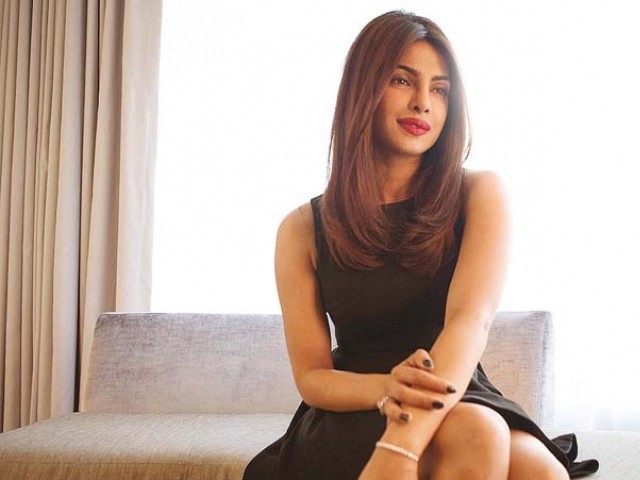 Priyanka Chopra is definitely one of the busiest actors with a jam-packed work schedule. Yet the Quantico star knows how to prioritise, always managing to spend quality time with her family in the USA, reports Pinkvilla.

One relative who reigns over Priyanka’s heart is her adorable niece Krishna Sky who regularly features on her khala’s Instagram handle.

The Baywatch actor took to Instagram to channel her oozing aunt love for the baby today. Both PeeCee and the bundle of joy are donning white dresses and accessorised with wide-rimmed shades that just ooze star appeal!

Meanwhile, Priyanka is busy shooting for her upcoming Hollywood movie Isn’t It Romantic? which also stars Rebel Wilson, Adam Devine and Liam Hemsworth. She also recently shot for A Kid Like Jake which also stars Jim Parsons, Claire Danes and Octavia Spencer. The actress also has season 3 of Quantico.

Recently, in an interview with Pinkvilla,  Madhu Chopra, mother of the Barfi star whether she feels her daughter Priyanka is a trendsetter. To this, the proud mommy said, “100 percent! She is not just a trendsetter, but she has been a role model. Youngsters today should listen to her. Whatever she says, means a lot.”

“Kids would find something that they would relate to. She is wise beyond her years. And she doesn’t feel bad when something doesn’t work because she knows she has given her best,” says the proud mother.

“Priyanka is very balanced. She has done a lot of bad films. But she owns up to them and doesn’t have any regret. She is proud of her choices and takes them as a learning experience. Failure is just one more step to success is her mantra!” she adds.

Never knew if people said anything bad about my performances: Shraddha Kapoor