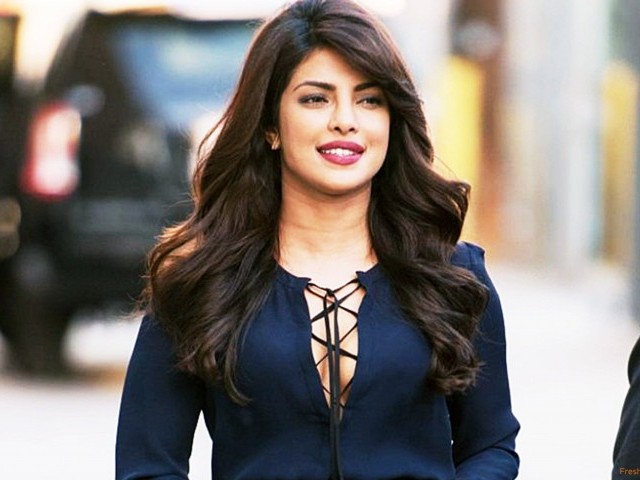 Priyanka Chopra spotted on the sets of an upcoming Hollywood flick Isn’t it Romantic? is a sight for sore eyes!

The Quantico actor looks drop-dead-gorgeous in a Nicholas’s Evie printed floral  romper along with nude heels – and she’s rocking her wavy mane like a boss!

Hemsworth donned  a denim shirt, a cool white tee and blue jeans while Rebel looks sleek and cute in a white top and pink skirt.

She posted a picture of herself and Hemsworth from the set.

“Just two aussies trying to act in half rain and with 20 paps shooting us,” the actor tweeted.

Another PeeCee starrer A Kid Like Jake is due to release this year. Chopra, however, is essaying supporting roles in both the films.

“Please don’t go for them as Priyanka Chopra films. I just play small supporting parts, but they are amazing stories, which I wanted to be a part of,” warned the Baywatch babe.

Have something to add to the story? Share it in the comments below.
Read more: Hollywood , Priyanka chopra , rom-com

A Philosopher In Jail