The campai­gn will help discou­rage one-wheeli­ng and rash drivin­g by youth on August 14
By Our Correspondent
Published: August 7, 2017
Tweet Email 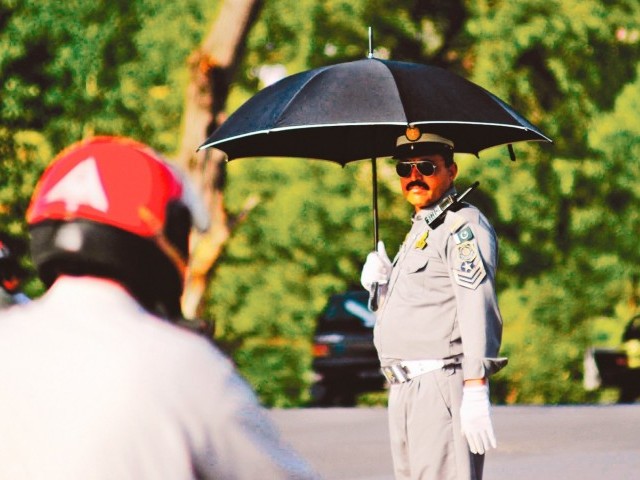 LAHORE: In order to discourage one-wheeling and rash driving by underage drivers, City Traffic Police Lahore (CTPL) have once again launched a crackdown ahead of August 14 when a huge number of youth take to the streets in jubilant mood.

In 2014, a similar campaign was also launched. During that campaign, CTPL had impounded the vehicle a of underage drivers when he/she failed to produce his/her Computerised National Identity Card (CNIC). Wardens would also ask the driver to bring the CNIC if it was at home. The police would free the vehicle after a warning and fine when the parents of an underage driver would come to the traffic police. Many incidents of arguments and exchange of harsh words with each other were also reported during the campaign. On Saturday, CTPL again launched the same campaign.

Spokesperson for CTPL said they issued challan to 462 underage drivers, impounded 99 motorcycles and 18 rickshaws driven by juvenile drivers in different police stations on Saturday. As many as 116 challan tickets over violation of substandard number plates, 28 without number plates, 17 for applied for and 10 motorcyclists for rash driving were issued.

Speaking on the occasion, Chief Traffic Officer Rai Ijaz Ahmad said underage drivers, rash driving and pressure horns not only put the life of the driver in danger but other commuters on roads as well. “Discouraging juveniles from driving vehicles is the responsibility of parents,” he added. He warned to impound the vehicle driven by juvenile driver and free after assurance of parents. He also ordered traffic wardens and officers to impart awareness among the public about the issue also.

The campaign had been launched a week before August 14, the occasion when one-wheeling and rash driving by youth is common on the day. A large number of incidents of harassment and road traffic accidents are also reported due to rash driving, one-wheeling and other violations. The campaign is also a part of the strategy to discourage ‘rash’ motorcyclists on August 14.

City Police spokesperson said traffic police would be launching such campaigns to discourage traffic violations and raise awareness among the masses. Underage driving and rash motorcycling was a serious violation that was a major reason behind a huge number of accidents. The campaign would bring fruitful results, he voiced hope.

CM for beefing up security across Punjab