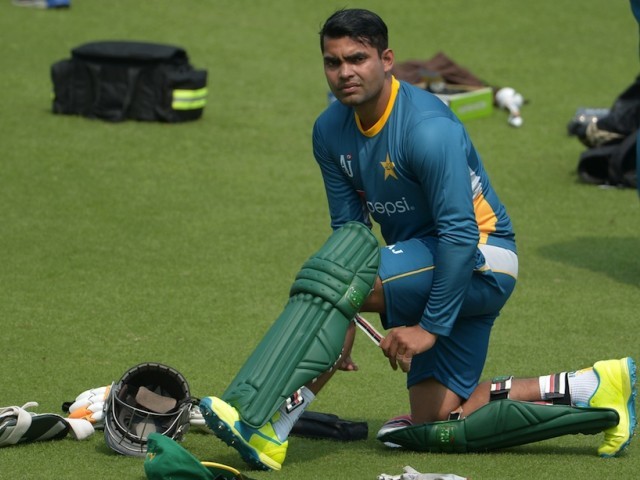 Pakistan head coach Mickey Arthur sent strong a warning to middle-order batsman Umar Akmal that he must improve his fitness before thinking of making a comeback to the national side.

Out of contract: Umar left out of PCB’s future plans

The 49-year-old further claimed that fitness standards will not be compromised for any player and the team will move ahead without unfit ones. “Everyone should know we’ve got enough to move forward without any player who is not meeting our standards.”

Arthur, who joined team Pakistan after their dismal performance in the 2016 World T20, praised the attitude of struggling opener Ahmad Shahzad. “To be honest, we don’t have any problem with Shahzad,” he said. “Yes he did not get as many runs as we would’ve liked, but his attitude is really impressive in the training and everywhere else.”

Umar vows to return, stronger than ever

While answering a question regarding pacer Wahab Riaz, the South African revealed that the left-armer can still have a future with the team, but he must improve in order to cement his place in the final eleven. “Wahab is a very good bowler,” said Arthur. “But he knows that there is tough competition for places in the team. So he needs to keep improving to cement his place in the final lineup.”

Talking about Salman Butt’s potential comeback to the national team, Arthur refused to get drawn to speculations. “I can’t tell you when he will make a comeback because that decision needs to be taken at a higher level,” said Arthur. “But all I can tell you is that he is training really hard and he is a really good batsman.”