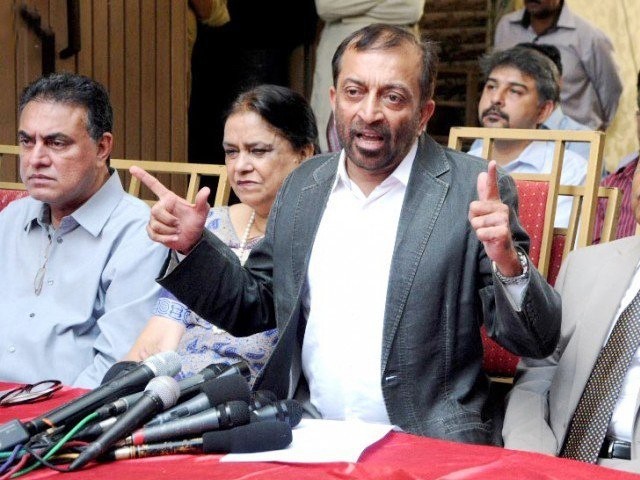 “We have decided to support Abbasi after conducting an internal meeting here in Islamabad,” MQM leader Dr Farooq Sattar said while talking to the reporters in the capital city before the elections.

“We pray and hope that Abbasi will address issues faced by the countrymen no matter which region they belong to. All MQM leaders will today vote for him,” he added.

The PML-N leader vying for premiership welcomed MQM’s decision and said he would address all their leaders’ reservations.

Sattar in his media talk raised the issues faced by Karachiites because of local government’s lack of power. He also urged the PML-N leaders to help them safely recover their missing persons.

Another PML-N leader, Saad Rafique, was also present during the presser and said his party did not want MQM support just for the election but it wants to maintain close ties with the Urdu-speaking community of Karachi.

In wake of the recent ouster of Nawaz Sharif as prime minister of Pakistan, the National Assembly is all set to elect the new chief executive of the country today (Tuesday).

“The National Assembly, at its meeting to be held on Tuesday, August 1, 2017, shall, to the exclusion of any other business, proceed to elect without debate one of its Muslim members to be the prime minister,” said a press release issued by the NA Secretariat on Saturday.

Abbasi is set to be rubber-stamped as placeholder in the parliamentary vote as the opposition failed to reach a consensus on a joint candidate which leaves six hopefuls, including Sheikh Rashid Ahmad, Khursheed Shah, Naveed Qamar, Kishwer Zehra and Sahibzada Tariq Ullah, in the race for the slot.