Aziz says evicte­d indige­nous people to get plots in a transp­arent manner­
By Our Correspondent
Published: July 29, 2017
Tweet Email 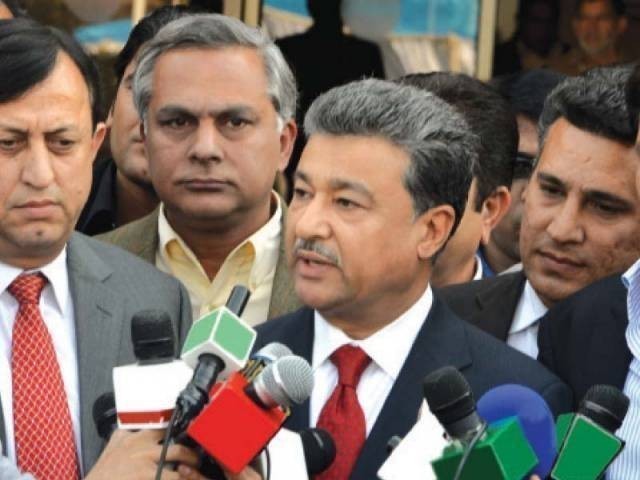 ISLAMABAD: People who were forced out of their ancestral homes to make room for the development of the capital have been reassured by the first mayor of Islamabad that their rights would be secured.

For decades, people of villages that were razed to build Islamabad kept running from pillar to post for the possession of compensatory plots they had been allotted, whereas, unscrupulous elements in the Capital Development Authority (CDA) Land Directorate minted millions by illegally transferring the lands to the rich and mighty.

Talking about the new SOPs, Aziz said that he had taken serious notice of irregularities reported in the allotment of plots to the affectees in the past.

He added that a detailed inquiry into the reported irregularities in CDA’s Land Directorate would be undertaken and action would be taken against the officers involved.

He termed that a group of these officers had consorted to form a ‘mafia’.

Moreover, he explained that a ban on allotment of plots had been imposed on working out a transparent policy to minimise the difficulties faced by the affectees of Islamabad.

Aziz said that under new allotment policy, the deserving people will get their genuine rights and there would be no chance of irregularities.

Under the new allotment SOPs, responsibilities for officials from dealing assistants to Member Estate have been defined.

As per new SOPs, the affectees or their legal heirs or their attorney can personally submit applications addressed to Land and Rehabilitation director for allotment of plots. The application must contain attested copies of CNIC, fresh farad of land from Revenue Department of ICT, copy of possession deed or transfer letter attested by Assistant Director Land, copy of Plan-II attested by Assistant Director Land, two photographs, an affidavit with signature and CNICs of two witnesses declaring wherein that no rehabilitation benefit has been received earlier and possession of land being considered has been handed over to CDA.

In the case of legal heirs, a copy of succession certificate attested by Assistant Director Land and attested copy of electricity bill verifying the record. Further process will include a revenue report with the details of total quantum of land, NADRA verification, report for the previous allotment if any, vetting of all documents, a report from CDA counsel and possession report from patwari and affidavit from the owners.

As far as cases of Build-up Property (BUP) are concerned, Aziz said that the affectees or their legal heirs will also have to file demolition reports along with pictures of houses before and after demolition with the land owner and patwari of CDA clearly visible in the photograph.

Additionally, they would also have to submit a report of the patwari and stamp paper of land owner, payment report, NADRA verification report, dealing assistant report for the previous allotment if any, vetting of all documents and reports from CDA counsel and deputy commissioner, CDA and removal report of electricity bill from WAPDA.

The mayor further said that after principle approval of a case from member estate, director land and rehabilitation will return the case to the additional director land and rehabilitation and estate affectee for inclusion in the list for earmarking of plot number through manual, open balloting in the presence of two members of the CDA’s Board. The balloting dates would be advertised.

He further said that record of vacant plots will be kept with director land and rehabilitation with the land survey department assisting and update the list.

After balloting, the dealing assistant will prepare allotment letter as per balloting result and submit the same to deputy director through AOR for signature, he said. He added that after the allotment letter is signed, embossed and dispatched, the case file will be forwarded to Estate Affectees Section for red entry in the record and further process as per policy.